Founder's Day activities recognized three alumni and five faculty and staff for their contributions to Bradley and the world. This year's Centurion honors were given to:

Celso has become one of the most widely respected leaders in consumer goods and a sought-after expert by many of today’s iconic brands, including: M&M/Mars, Campbell Soup, PepsiCo, Molson, Coors, Miller Lite. Celso graduated with a degree in Electrical Engineering. His sister Nuria was inducted into the Centurion Society a few years ago making them the first siblings to be in the Centurion Society. Both he and Nuria grew up in Panama and were recruited to Bradley back in 1980. They are shining examples of the great contributions that immigrants have made to our country.

Through her work, Michele has been asked to serve as a U.S. Delegate to the United Nations Commission on the Status of Women and a member of ONE Board of Directors. Among her many honors, Michele was named as one of the 50 Most Powerful Women in Philanthropy by Inside Philanthropy, was named in the Diplomatic Courier Magazine's List of Top 100 Global Women in 2014 and was named a 2018 Influential Leader by the Association to Advance Collegiate Schools of Business. In 2016, Michele became the first Caterpillar employee to give a TED Talk. It is titled “Asking for help is strength, not a weakness.”

Jack graduated with a Bachelor’s degree in Administration of Criminal Justice and worked his way up to the federal Drug Enforcement Administration, ultimately, becoming the first Director of the Organized Crime Drug Enforcement Task Force Fusion Center. In 2015, Jack was named the DEA’s Acting Deputy Administrator. Jack was highest ranking career Special Agent at the DEA. From the fight against cartel gangs in Chicago to overseeing every major mission to capture foreign drug kingpins in the past 30 years on to his greatest showdown, Joaquín "El Chapo" Guzmán Loera, he has always fought for justice and what is right.

The Samuel Rothberg Professional Excellence Award was given to Dr. Joseph Chen, Caterpillar Professor and Chairperson of the Department of Industrial & Manufacturing Engineering & Technology. The honor recognizes outstanding achievements in research and creativity by a senior faculty member. Recipients are expected to make original contributions to their field and submit these contributions for critical appraisal by their professional peers. 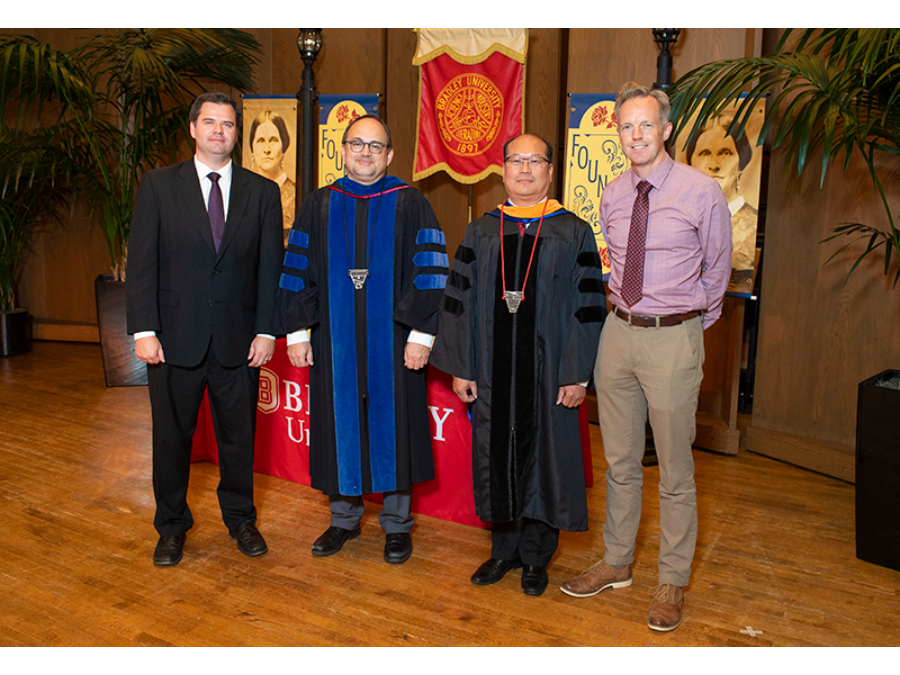 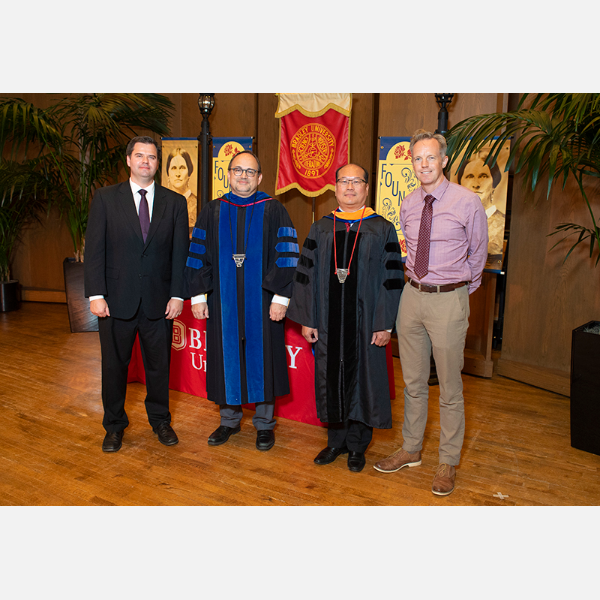