“Branson Meets Broadway” - The Rebirth of the Barn

Surrounded by a cattle farm, Abby Reel, now business partner of the Barn III, envisioned a life of entrepreneurship as an adolescent. The essence of entrepreneurism, as she would later find out, is embedded in her blood.

As a self-described “farm girl”, young Abby would admire her father who was a rancher and operated his own livestock center of 16 years. Basic observations of her father's day-to-day business would equate to the learning of vital customer service skills that “no college degree could offer or teach”. The original Barn II, which stood for 45 years, served as a meeting hub for her father’s employees, coworkers and valued customers, thus making it part of the family. The passion and work ethic her father carried daily, would enable her to find her own. Her pathway began at just five years old as a busser at the Barn, an occupation she kept until her senior year of high school. Those same customer skills that she got a head start on translated into a passion to study and help people much farther than what face value offered. A passion so deep that when it came time for college, Abby would transition her initial degree program from college to sociology at Illinois Wesleyan. She would take it a step further and pursue a degree in counseling at the Illinois School of Professional Psychology.

Following post-secondary education, Abby worked as a therapist in higher education and also ran her own wedding business that handled tasks such as making linens, chair covers and specialty decorating. Her passions shifted when a tornado struck the Barn II theatre, making it inoperable. It was then that she experienced an episode of collateral beauty that sparked a calling of wanting to be involved more in her local community in a way that was different. In June of 2017, she would approach Mary Simon, a longtime friend and owner of the Barn, with a business plan to revamp and rebuild the Barn into a bigger and better venue offering much more than just their signature dinner theatres. Such partnership would bring critical balance but not without a few major challenges.

Following the financial crash about a decade earlier, in 2008, character loans were considered obsolete which made it much more difficult for worthy citizens, such as Abby and Mary, to obtain a business loan. A renovation and expansion that was deemed a 1.5 million project was not one that could be started overnight. Abby for one, was 35 when this came to light, just paid off her student debt and was raising a family. Fortunately enough, together, the now business partners kicked off a fundraising campaign with a goal of 100,000. A short time later, over 80,000 was raised and presented to banks, eventually earning an approval from Morton Community Bank for a Small Business Association loan - a feat that would make this vision one step closer to becoming a reality. Abby admittedly states that an SBA loan is one of the most challenging to obtain and it is a “grueling process with many hoops to jump through”.

Many of the aforementioned challenges became steps to success with the help of Kevin Evan’s, Director of the Illinois Small Business Development Center at Bradley University. Initially, Abby attended a Peoria Economic Development meeting to present goals in hopes of building a clientele, catching the attention of Kevin. It was then he became curious about their business plan and offered assistance. Kevin became the Barn’s “go to man” to ensure that business plans were precise and tight and would be a heavy advocate for their project. Abby compliments his genuine support, which was reflected by his consistency in checking in and coming into her life when he was needed. The networking offered, because of this connection, proved credibility and even brought the assistance of others. In all, Kevin was an “important figure in the grand scheme of things”.

Today, the Barn III stands tall, 48 feet and is eight feet taller than the Barn II to be exact. The Barn prides itself on supporting local contractors and businesses who had part in the construction that follows an identical blueprint of the original Barn. When walking in, you will be presented with a hospitable environment and support beams reflect names, which are carved in, of those that had part in the initial fundraising and also features pictures of shows as far back as 1975. The dinner theatre seats 250 people Thursday through Saturday evenings and offers a Sunday brunch as well. Each show runs for six weeks at a time. Full time staff includes an operation manager and a chef, who by all means, puts their heart and soul into the full service buffet, during the shows, give guests 3 to 4 courses throughout a each evening. The Barn even features an authentic peg barn, one of the biggest in the country.

Most notably, the Barn won the Rural Business of the Year Award from the Turner Center for Entrepreneurship, at Bradley University in Peoria, Illinois and was mentioned in the Illinois Country Living Magazine.

Abby sees the Barn as a way to honor her father’s legacy and the community that made her who she is. She hopes to keep the dinner theatre alive in the cornfields of Central Illinois and grow the audience by offering interesting and new musical acts. A future calendar would reflect a broader range of acts and a variety of events for all audiences including youth. On the contrary, she also hopes to create a one-stop shop for wedding items and build on new innovate in-house services. Abby considers her journey one that was and still is persistently delightful. Her family often jokes that her superpower is pushing through uncomfortable feelings. A feeling that she states will not kill you, but rather holds the outcome you want just on the other side of it. 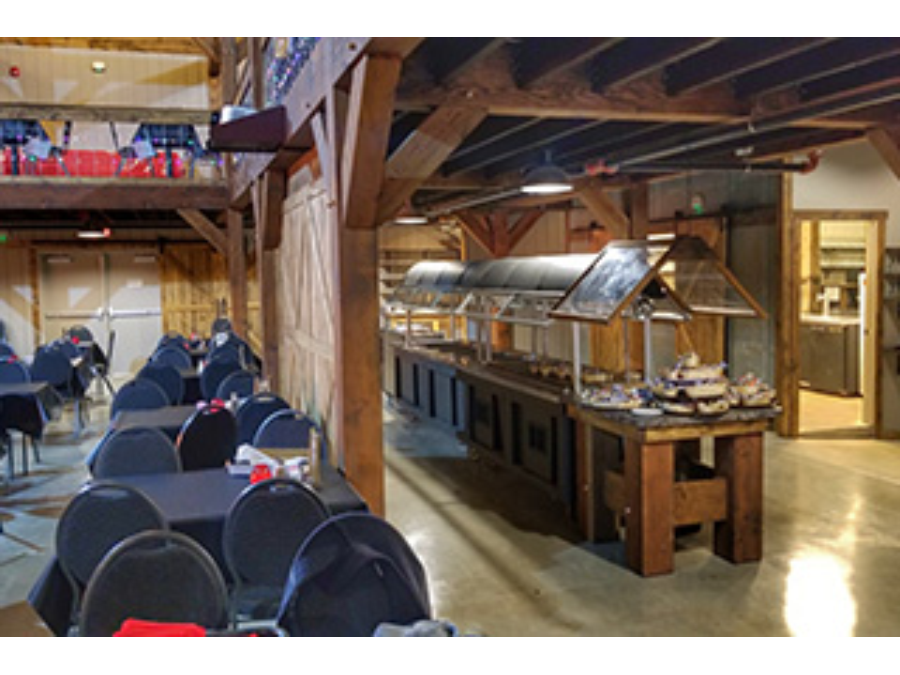 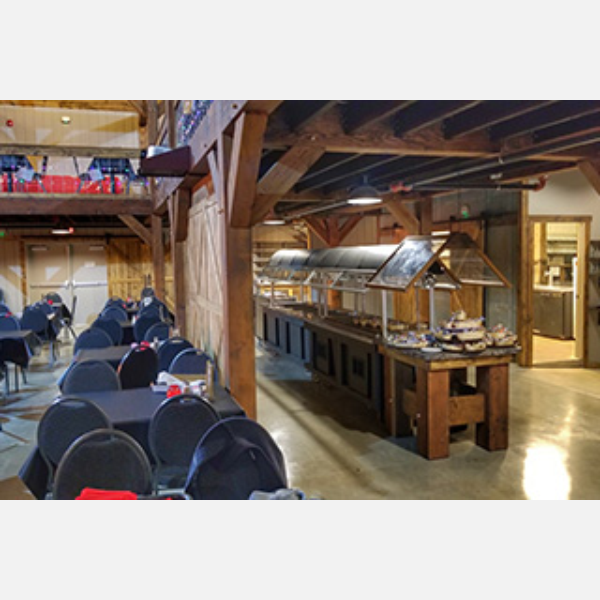 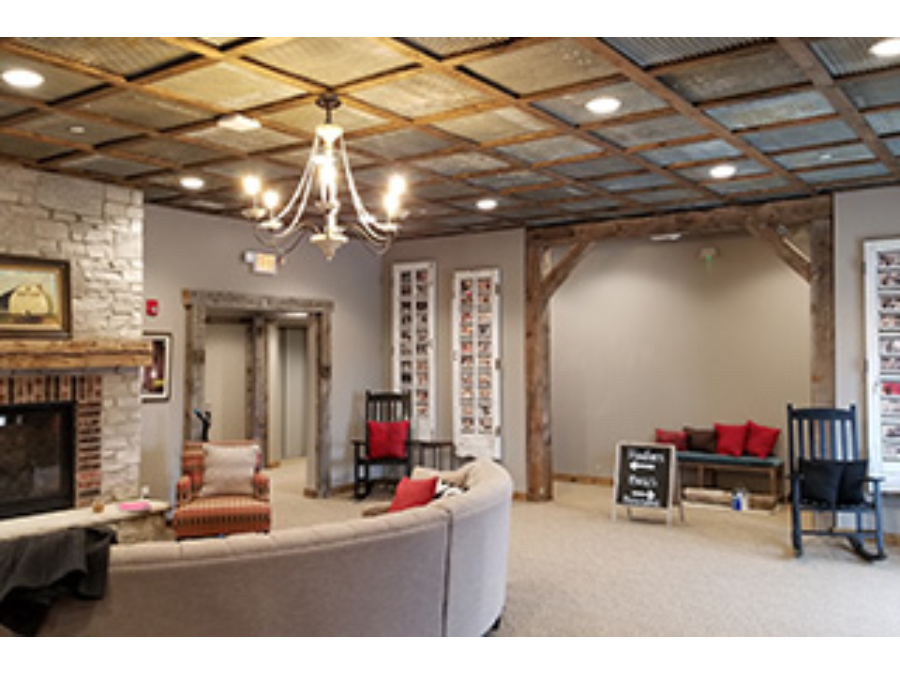 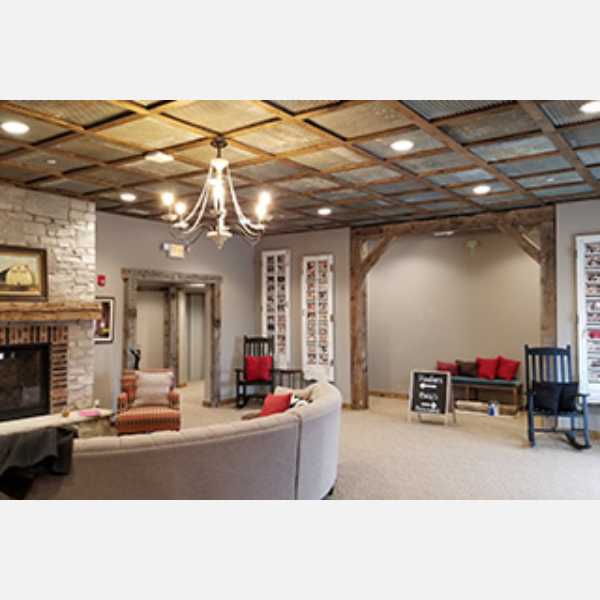 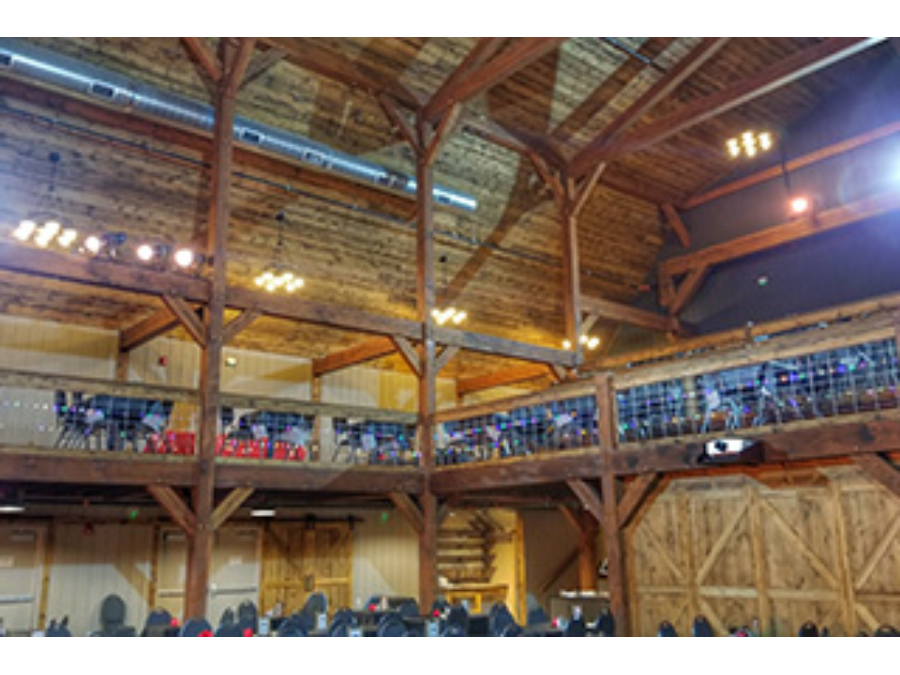 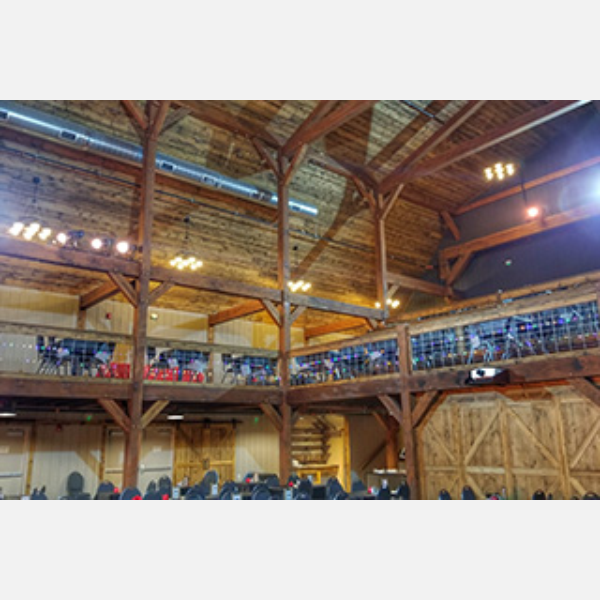