From the ashes: MFA grad creates a haven in West Africa 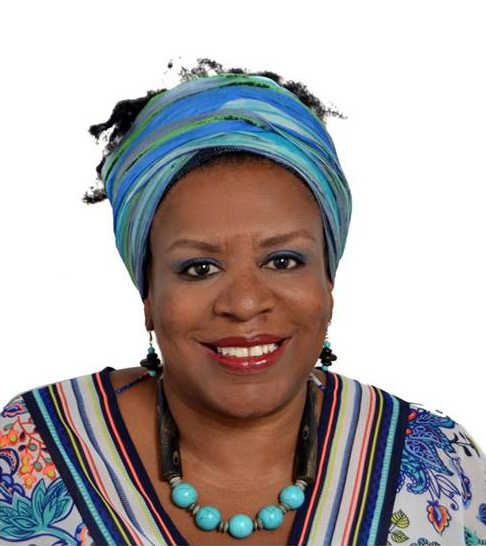 Angela Franklin-Faye MFA ’85 is at home in the world.

She came to Bradley for her MFA in jewelry and metalworking from Xavier University in Cincinnati. She taught while at Bradley and elsewhere, then found her way to Baltimore and its vibrant community of artists. She worked in enameling, becoming so successful that she eventually had a thriving studio in the city’s Hollins Street Exchange. In November 1995, a fire there injured three firefighters and destroyed nearly everything Franklin-Faye had worked so hard for.

All she had left were the works that were on loan. Her art, her kilns and even the photographic slides of earlier work burned.

“It’s really hard to say you’re an artist if you don’t have one piece of work left,” she said.

After the fire, while continuing to create art, Franklin-Faye did other types of work, mostly teaching and grant writing. She wrote and received an artist’s grant to visit Dakar, Senegal, where she met her husband and eventually settled. When her son Alpha was born in 2001, Franklin-Faye wanted to provide him with access to multi-cultural books in English, so she turned her garage into Chez Alpha, a bookstore that quickly became a community hub.

“At first we only sold new books. While people frequently asked for them, we didn’t want to sell used books, because expats would come in and buy 10 at a time, and we didn’t have that many. At the same time, we often had university students with limited income who could not always buy a new book so we began a lending library section. Library users paid a nominal membership fee to borrow books.

“People ask me, ‘Do you get those books back?’ I tell them, ‘Ninety-five percent, we do.’”

With an employee who created a database to track books, and sometimes an intern, the Alpha Book Center began to expand its services. They began teaching English, and then preparing high-achieving high school students to apply for college or university study abroad.

“Everything we do is an evolution of someone saying, ‘But I need this.’ Most of the time, we say OK.”

Now, Franklin-Faye is working with universities to help them attract and retain international students. Because of tightening immigration policies, it’s a challenging time for such students considering coming to the U.S. for college, she said. “Even my son, who speaks three languages and has traveled to the U.S. to see my family all his life, was hesitant to come to the U.S. to study. He ended up choosing a college in Ontario, Canada,” she said.

She fondly recalls her time at Bradley, where most of her close friends were international students. “Bradley really had something: small, safe city, great name, good programs, close enough to Chicago, so accommodating. The campus was contained, but there was enough to do. I lived in St. James Apartments. They were lovely.”

Franklin-Faye is still creating and exhibiting textile works. She was one of just two U.S. artists chosen for the Biennale of Contemporary Africa Art — DAKART in Dakar in 2018. And, 25 years after the Baltimore studio fire, she said she’s ready to resume working with enamels again and hopes to purchase a kiln this summer.