Fraternity Named One of Best in Nation

The Delta Upsilon Sweepstakes Trophy has been awarded annually since 1953 to acknowledge chapters whose achievements surpass all expectations. Each year, seven finalists are selected.

This is the third consecutive year the Bradley Chapter has been named a finalist. During the 2017-2018 academic year, the Bradley Chapter initiated 29 men and maintained a chapter size well above the Bradley fraternity average size. The chapter also saw improvements to its GPA and DU chapter reporting scores. Philanthropically, the chapter raised $3,500 for the Global Service Initiative, DU’s international philanthropy and service project.

Also, Alex Erbs, Bradley ’18, was named Delta Upsilon’s 2018 Distinguished Undergraduate. This award was created to recognize the time and effort given by an undergraduate brother for the improvement of his chapter, campus, and community. The award emphasizes the attributes of an undergraduate’s involvement during his entire college career. Erbs graduated in 2018 with a degree in construction, boasting a 3.53 GPA. Within the Bradley Chapter, he has served as Vice President. He was also instrumental in helping the chapter earn Four Star Accreditation on campus and be named Bradley’s Outstanding Chapter. On campus, he served as president of the Men’s Volleyball Club, a Student Senate Vice President, and as a member of the Student Alumni Association.

Established in 1834, Delta Upsilon is an international men’s college fraternity with 74 chapters and colonies across the United States and Canada. More than 133,000 men have joined the Delta Upsilon Fraternity since its founding more than 183 years ago. 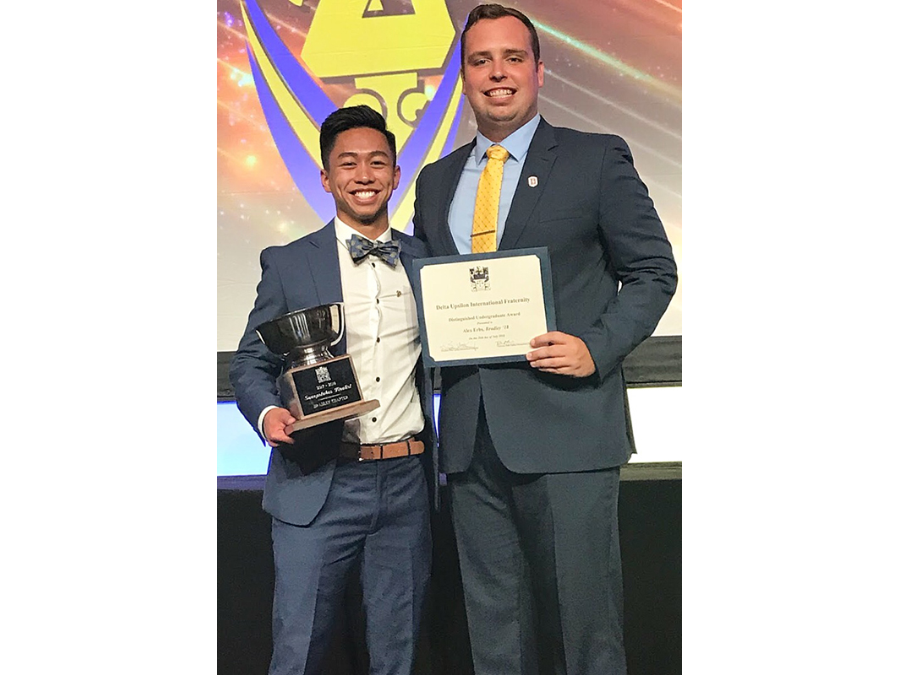 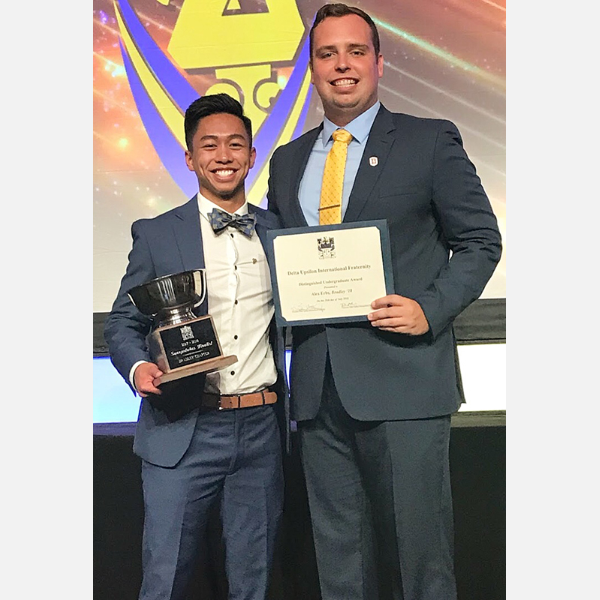