The Distinguished Alumna/us Award is presented by the Bradley University Alumni Association to recognize a graduate whose professional or civic activities bring the highest distinction to themselves, their community and Bradley University.

The 2018 honoree is Michele Sullivan, who graduated from Bradley in 1987 with a degree in business management and administration, and went on to earn an MBA from Bradley in 1989. She is the director of corporate social innovation at Caterpillar Inc. and the first female president of the Caterpillar Foundation, truly living Lydia’s Legacy. Michele has held various globally influential leadership positions at Caterpillar during her 30 year career. She has dramatically grown the reach, influence and impact in every role she’s had within the organization. Bono, Hugh Jackman, Bill Gates, Steven Spielberg and Pakistani Nobel laureate Malala are just a few people she has shared the stage with. Among her many honors, Michele was named as one of the 50 Most Powerful Women in Philanthropy by Inside Philanthropy, was named in the Diplomatic Courier Magazine's List of Top 100 Global Women in 2014 and was named a 2018 Influential Leader by the Association to Advance Collegiate Schools of Business and in 2016. Michele also became the first Caterpillar employee to give a TED Talk.

The Outstanding Young Graduate Award recognizes professional, civic and charitable activities of a graduate who is 40 years old or younger.
Florence Ann Romano ‘08, Founder/CEO at Kindred Content, is this year's recipient.

Florence Ann Romano is a 2008 graduate of Bradley and current chairperson and CEO of the Chicago based video production company Kindred Content. Kindred Content is a one hundred percent woman owned business where Florence Ann manages the daily operations and strategic planning. In 2018, Chicago Woman labeled Florence Ann as a ‘Mover + Shaker’ for her work creating video installations for the Hancock Building’s 94th floor observation deck as well as commercials for Corelle, Chicago Cutlery and OLFA. Additionally, Florence Ann is a noted author and incorporated her numerous experiences as a nanny into a highly recognized children’s book, Nanny and Me. Florence Ann expressed her philanthropic philosophy when she stated, "You don’t have to have deep pockets to make a difference; you don’t have to change the world to change someone’s life; you don’t have to wait for someone else to be the difference you want to see in the world – YOU can be that difference."

The Lydia Moss Bradley Award was established 30 years ago to recognize outstanding commitment and service to the University.

The 2018 honoree is David DeFreitas. His commitment to his alma mater can be seen all around the campus. In 2007, Dave joined the Foster College of Business’ Department of Accounting Advisory Board which he chaired for seven years. In 2010, while serving on the Accounting Advisory Board, he joined the Foster College of Business’ National Council of Advisors where Dave has held the position of Chair since 2012. Continuing to serve, he has authored award winning articles with the Foster College of Business faculty members, and in 2015, the Beta Alpha Psi professional accounting Fraternity named him the National Professional of the Year. In that same year, Dave combined his personal and professional passions and co-led the Caterpillar portion of the Caterpillar-Bradley University Strategic Alliance. Still looking for more ways to stay connected to Bradley, Dave joined the Braves Club Board of Directors in 2017. 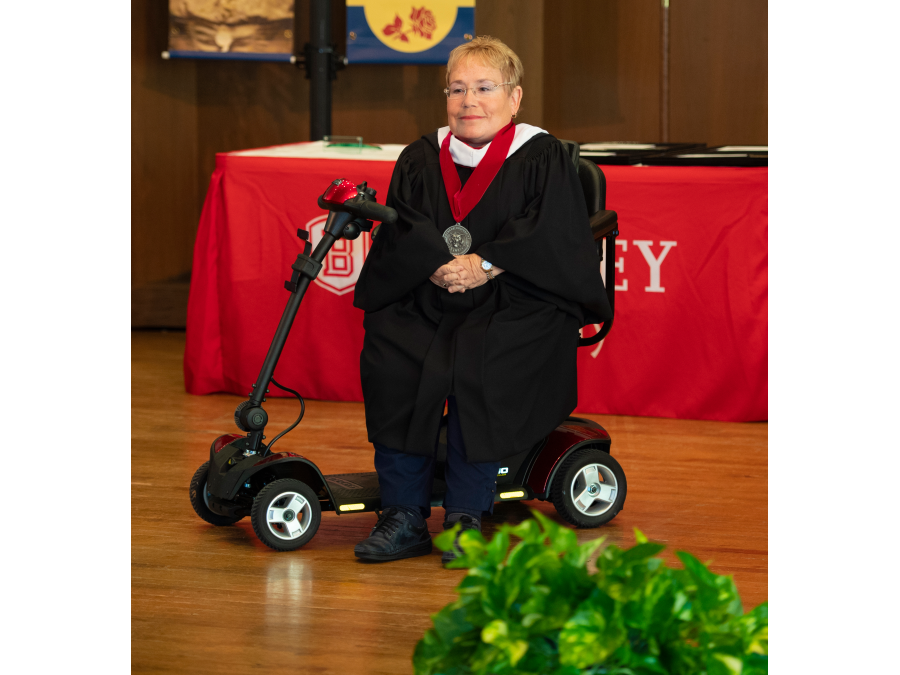 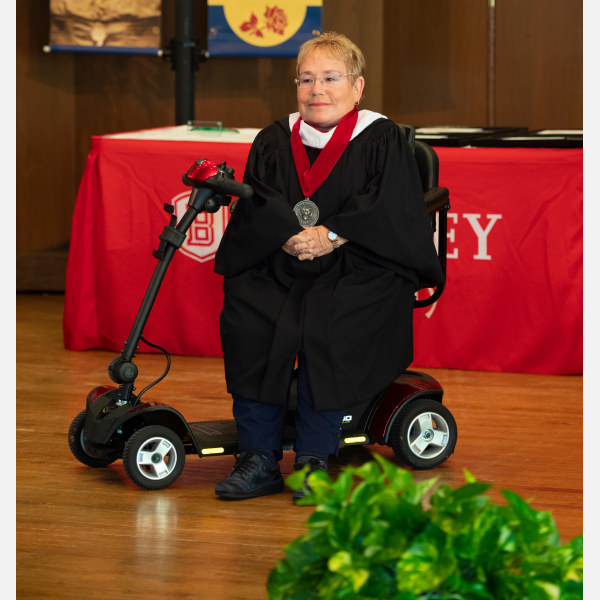 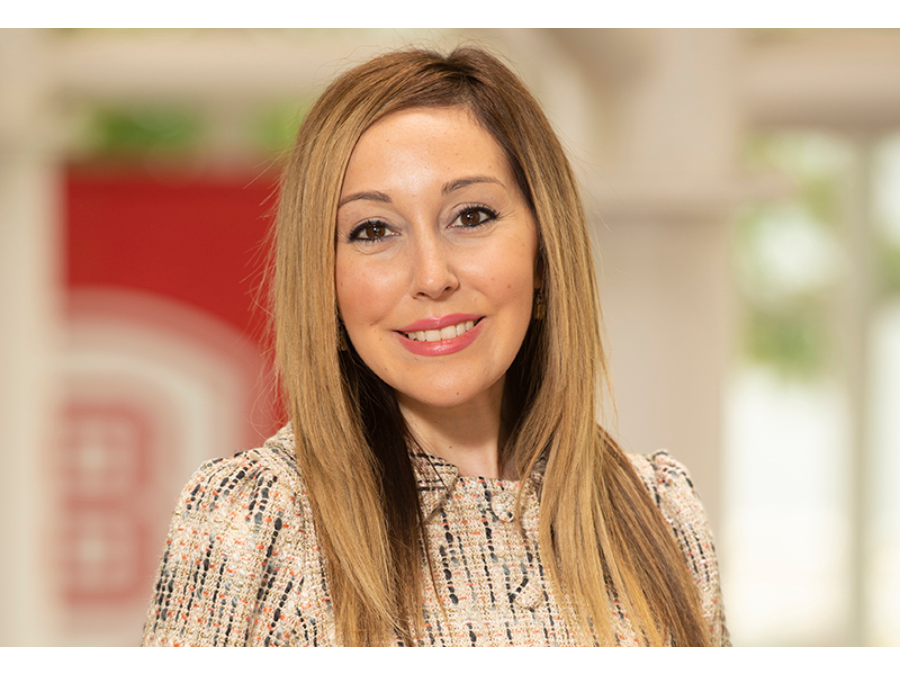 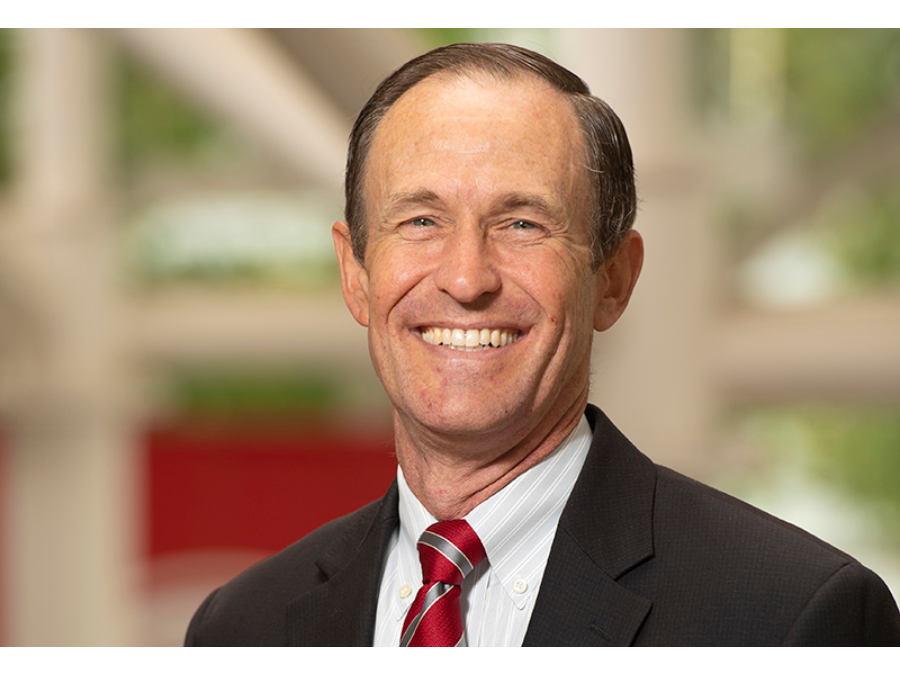 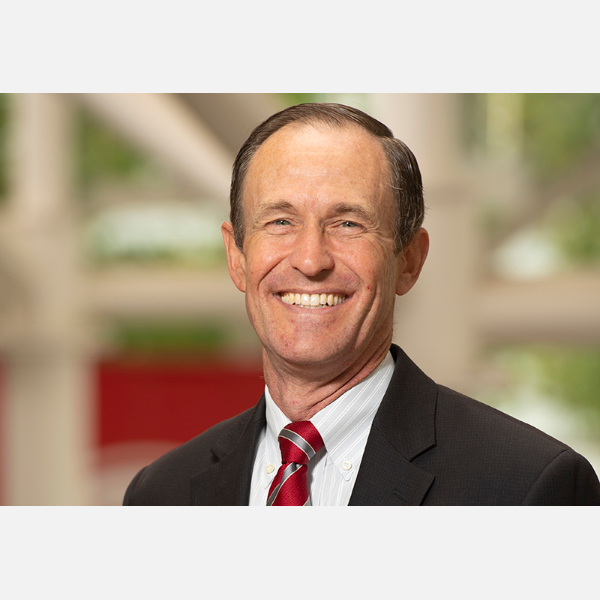