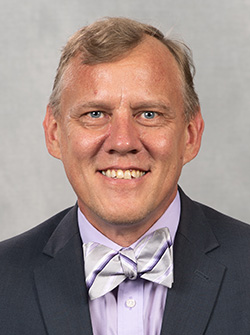 My graduate studies were performed at Rosalind Franklin University of Medicine and Science (The Chicago Medical School) where I was privileged to be advised by the one and only Francis J. White. While there, I received an Individual Pre-Doctoral National Research Service Award from the National Institute on Drug Abuse, published original research reports in Neuron and the Journal of Neuroscience (among others), and, of course, made life-long friends. Between 2000 and 2003, I served as a post-doctoral fellow in the Department of Neurobiology, Pharmacology and Physiology at The University of Chicago under the direction of Dr. Paul Vezina. During this time, I received an Individual Post-Doctoral NRSA from NIDA, published research findings on the relationship between locomotor activation and cocaine-seeking behavior during acquisition and reinstatement of operant cocaine self-administration, and found time to get a master’s degree in professional counseling. From 2003-2006, I served as an Assistant Professor in Psychology at Saint Anselm College. Since arriving at Bradley, I have been deeply honored to receive the Bradley University First Year Faculty Award (2007) and the Caterpillar Inc. Faculty Achievement Award for Teaching (2009).

Although I am broadly interested in all things psychology and like to teach a variety of courses within the department, my specialized training is in the neurosciences. If you are interested in the biological basis of behavior and mental processes, I encourage you to consider enrolling in PSY 364 and I invite you to meet with me to discuss your interests.

What can you expect from my courses? Like other professors within the BU Department of Psychology, I emphasize the scientific method as a foundational principle in the quest to understand behavioral processes. Typically, I expect students to exit my classes with an ability to engage the scientific literature, to gain proficiency with science writing style, and to become increasingly savvy consumers of scientific information. I also hope to orient students to the professional demands and opportunities of psychology, and to assist you in maximizing your post-graduate outcomes.

DARL is committed to engaging undergraduates in meaningful research experiences. Over the past four years, four students have received Undergraduate Research Grants from Psi Chi, the National Honor Society in Psychology, a funding mechanism that is currently funding only the top 20 percent of submissions. Five students have received summer stipends from BU Special Emphasis Grants, and seven have presented data at National Conferences. Each of those students is now attending graduate school.

Currently, DARL is pursuing two main research objectives. The first is to establish the behavioral and molecular consequences of environmental enrichment. Broadly speaking, enrichment has been shown to promote enduring changes in spontaneous locomotor activity and various learning tasks. These adaptations have been linked to alterations in the dopamine system. Our goal is to characterize the effects of enrichment during development on subsequent cocaine self-administration behavior, learning and impulse control in a T-maze task, and expression of dopamine-sensitive proteins in the nucleus accumbens and prefrontal cortex. The second main objective is to compare the effects of continuous infusion versus intermittent injections of methylphenidate on similar measures in a model of ADHD.

The lab currently includes five active members, four of whom recently presented data at the Society for Neuroscience Annual Meeting in San Diego in November 2010. For more information about their experience, check out the award-winning Bradley University Psi Chi Website.

The privilege to serve both the University and the broader community is one of the great joys of being a professor and is what helps make Bradley a distinctive place to be.