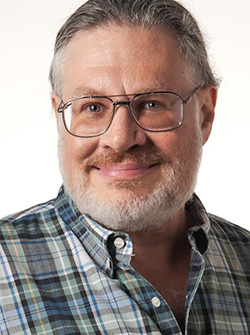 Scott Essman has been teaching in higher educational classrooms since 1990 and instructing in media studies since 2004. Starting in 1996, he has been a published writer, with many hundreds of articles to his credits, in addition to dozens more books, press releases, screenplays and other works in his name. Essman has also directed several short films and documentaries, a television pilot, and a feature-length docudrama most of which he also wrote. He lives in the San Gabriel Valley, CA and enjoys his free time by playing with his dachshunds.   He teaches Media in Entertainment during the spring semester.