While most of the country was asleep in the early morning of Christmas Day 2020, the city of Nashville woke to the horror of a major downtown explosion.

Molly Horst ‘15 rushed to her office at WKRN-TV and assumed the director’s chair as one of the biggest stories in the country developed. Non-stop, real-time coverage continued as more information about the situation came to light; yet everything remained extremely fluid and uncertain.

“When I got there, that's when it was like, okay, this is real,” the former television arts major recalled. “They had been on air since 6 a.m. and things were coming in, speculations were happening.”

She remained until the early evening, facing constant and rapidly changing developments, yet managing with just a skeleton crew.

“It was just me doing cameras, making sure audio was good, graphics, directing it, everything,” Horst said. “It was crazy because things kept coming in and luckily the producer that I had for the extended coverage (was) seasoned (and) knows what she's doing.”

When she relinquished the director’s chair at 7 p.m., Horst immediately started working on the evening’s 10 p.m. newscast. Even after directing the coverage all day, the situation felt unsettling and surreal.

“Seeing the footage through the screen was heartbreaking and scary because we still didn’t know why this happened or what might happen next,” she said. “I remember walking away from that (thinking) it was one of my best works,” she said. “Everything came together so perfectly. It was horrible, but the newscast came together perfectly.”

The “Nashville Christmas Day Bombing” broadcast won a regional Murrow Award in 2021 for large-market television; several months later, Horst found her name listed as a nominee for the Midsouth Regional Emmy Awards – her first nomination. She admitted she “screamed a little bit” when she won.

Horst got her start as a Bradley student during at stint at WEEK-TV in Peoria. She was a quick learner and lobbied for more responsibilities, which led to her moving from the teleprompter to the director’s chair before she graduated.

WEEK wasn’t able to offer Horst a permanent position, so she headed to Knoxville, Tenn. to further her career at WATE-TV. She remained there for two years before assuming her current position at WKRN.

“It's crazy that I'm only six years in and I feel like I've had more breaking news stuff happen, just these last couple years,” she said.

Although she won her Emmy for one of the biggest global stories of the day, part of the joy is bringing all kinds of news to her audience.

“It is interesting that we go from a national story like that to how the strawberry crop is out in Dickson,” she said. “I think it's fun.”

She now faces a problem many in her profession would dream of having: “I need to figure out how to display (the Emmy) somewhere; right now, it just sits on my coffee table.” 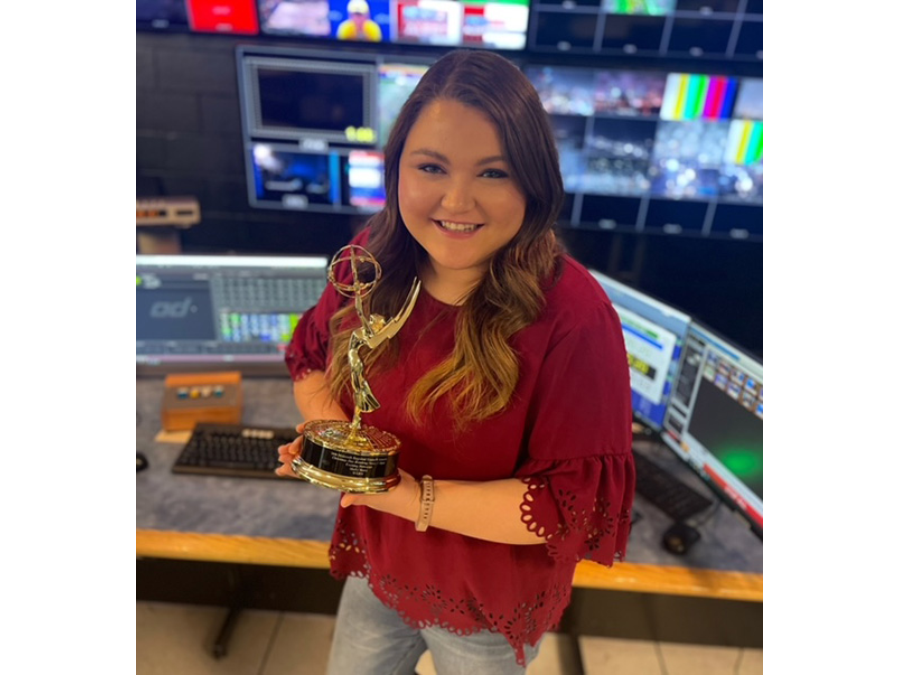 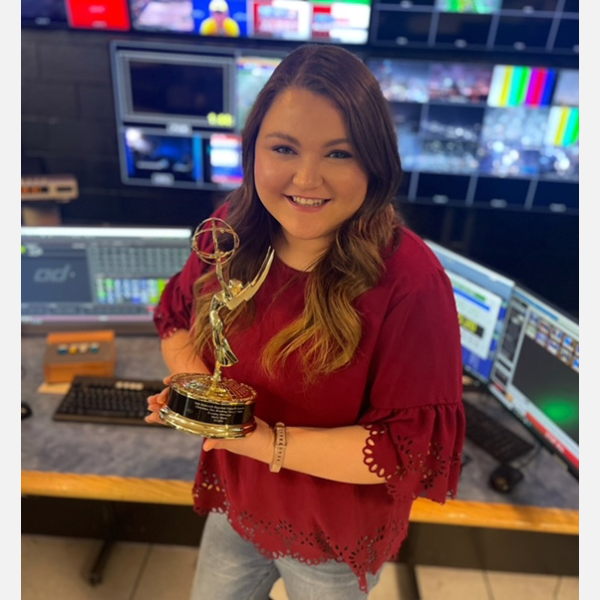