Playing Mind Games: How to Make Your Future a Little More Comfortable

As a gaming enthusiast and a budding explorer in the virtual reality (VR) space, senior Abby Irwin noticed that VR experiences frequently left her nauseous. When her friends also told her they felt sick from the disassociation, she thought there had to be a better way to do this.

This spark led to an ambitious honors research project that brings together Irwin’s two majors, psychology and user experience (UX) design, as well as one of her passions – gaming.

“I have this emerging technology interest,” said Irwin, who earlier led the Bradley team in the NASA SUITS competition, a project heavily geared in the augmented reality space. And winning the Summer Artistry Fellowship from the College of Liberal Arts and Sciences allowed Irwin to fund her planned research.

One might think the convergence of UX and psychology would be commonplace, given the overlapping interests of the disciplines. However, Irwin began a trend by pursuing the double major and pioneered the path for other students to follow in her footsteps; merging them into this project was just icing on the cake.

She ran her 30 test subjects, of various ages and levels of past VR experience, through the simulations to complete a task, e.g., shooting an arrow at a target. Using different VR interaction methods, as well as visual feedback linked to the task, Irwin was able to gather a wealth of data on the simulation itself alongside feedback responses from the test subjects.

The statistical analysis yielded some noticeable trends. It didn’t surprise her that the most lifelike virtual reality interaction method – the walking-in-place method – scored the highest in all three categories of accuracy, realism and immersion. What did surprise Irwin was the presence of visual feedback (i.e., seeing your arrow hit the target) didn’t statistically increase accuracy.

And importantly, the data showed the walk-in-place method resulted in the least amount of reported simulation sickness. Irwin lamented how many researchers study side-effects last, only after they find all the problems.

With the growing use of VR in areas beyond gaming, including training and simulations, this is an area that needs urgent addressing. “People are using it for all sorts of different things, which just makes it even more important to keep the end user in mind,” she added.

Irwin presented her study at the Midwestern Psychological Association’s annual conference in Chicago in late April. She hopes to gain enough momentum to expand the research and to publish the findings in a peer-reviewed journal.

“Hopefully the results of this study will help different developers when they're developing for all these different VR software platforms,” she said.

If virtual reality becomes a daily norm in the future and you don’t feel ill from it — Abby Irwin may be the person you’ll need to thank. 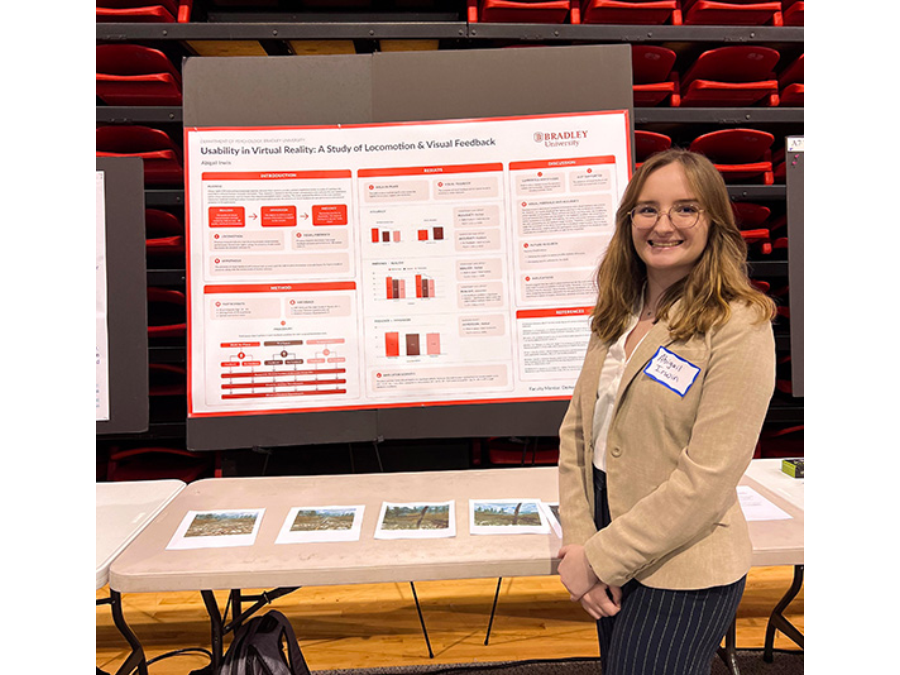 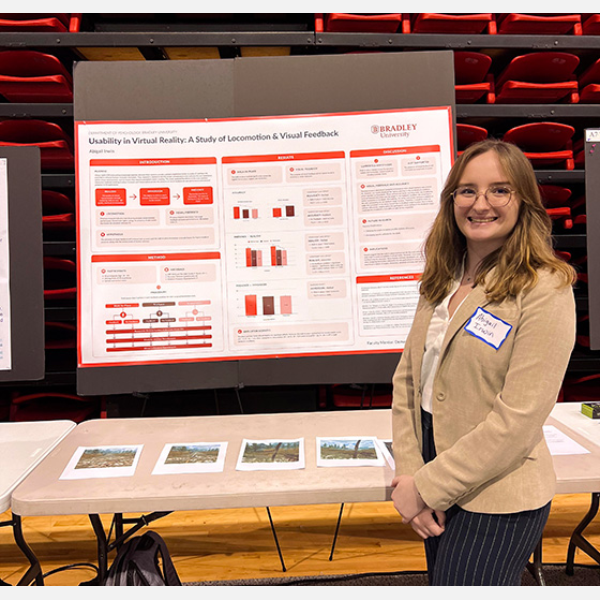