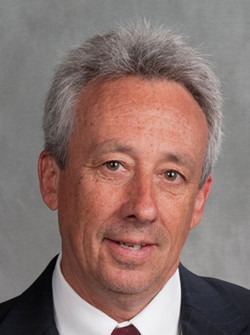 Dr. Cady’s interest is in Neurophysiology completing an NIH fellowship in the Neurology department at Southern Illinois University School of Medicine investigating the effects of aging on the brain as related to neurodegenerative diseases such as Alzheimer’s disease.  He has published papers on age-related changes in neuron function, methods of extending neuron survival and on how estrogen can protect the brain from neurodegenerative diseases.  As Director of the Stem Cell Research Laboratory he is actively investigating a diverse range of topics in regenerative medicine beyond neurodegenerative diseases including the development of an autologous stem cell therapy for ovarian and pancreatic cancer, stem cell based production of cardiomyocytes and pacemaker cells and the first to produce functional parathyroid cells from adult stem cells while integrating nanofiber materials for application in the transdifferation and transplantation of stem cells.  Dr. Cady’s laboratory recently worked with an international team that for the first time transplanted a nanofiber trachea lined with stem cells into a 3 year old girl born without a functioning trachea.