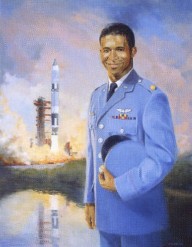 The Lawrence Lectureship was established in 1989 by the University to honor Major Robert Lawrence. Although this lectureship was funded on an annual basis by the Office of the Provost, Barbara Lawrence, Major Lawrence’s sister, has endowed the fund. A goal of the department and the University is to secure additional funding to grow the fund to help bring to campus individuals of national prominence.

The Lawrence Lectureship brings to the Bradley campus visiting scholars who have a special affinity for members of minority groups and can serve as educational role models for all students. Typically, nominees are African-Americans who exhibit noteworthy personal qualities and have demonstrated professional success. In addition, the lecturers often stay on campus for several days in order to interact with students and the community.

Previous Lecturers in the Series