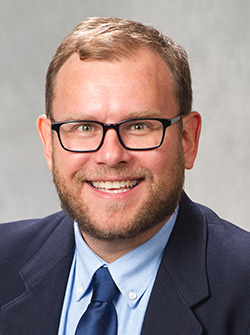 Dr. Adams started at Bradley University in the Fall of 2017. Prior to Bradley, he was a faculty member at Northeastern Illinois University (NEIU; 2008-2017). In 2017, he was named NEIU's Bernard J. Brommel Distinguished Research Professor, the highest research award given at the university.

Dr. Adams received an A.S. from Danville Area Community College, a B.A. and a M.S. from Southern Illinois University Carbondale, and a Ph.D. from the University of South Florida. He has published more than 75 articles and book chapters and has (co)authored and (co)edited seven books including Narrating the Closet: An Autoethnography of Same-Sex Attraction (Routledge), Autoethnography (Oxford University Press), and the Handbook of Autoethnography (Routledge).