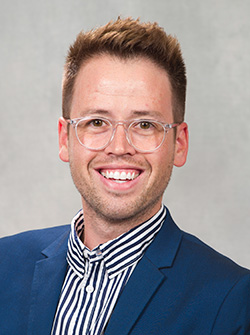 His research interests focus on the intersections between “old” and “new” media, including how television networks and film studios utilize social media platforms in their various promotional and production processes and how the Silicon Valley ethos has made its way to Hollywood through companies like Netflix, Facebook, and Twitter. He is the co-editor of three books, The Age of Netflix (2017), Arrow and Superhero Television (2017), and Mapping Smallville (2014). His work has also appeared in From Networks to Netflix: A Guide to Changing Channels (2018), Television and New Media, and Transformative Works and Cultures.

Outside of academia, Dr. Barker works as a culture writer and critic, where his writing has appeared in The A.V. Club, Complex, TVGuide.com, TV.com, and Vox.