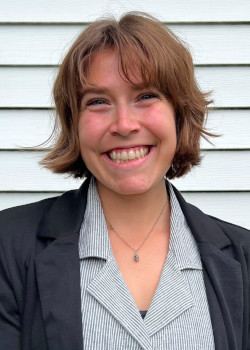 McKenzie Altmayer is a former Division 1 athlete, having competed for Bradley University in cross country and track. During her time of competition, McKenzie held a school record and was a multiple time conference champion. McKenzie was also named as a two-time COSIDA Academic All-American, the only person in Bradley’s cross country and track history to have received the honor twice. She was also a finalist for the University’s prestigious Orsborn award, the Athletic Department’s highest honor recognizing athletic achievement, academic excellence, and community service.