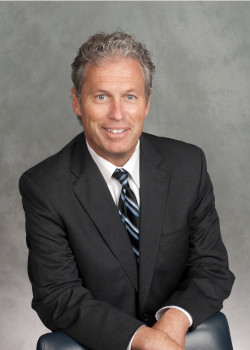 After graduating from St. Joseph’s High School in South Bend in 1978, Gullifor earned a B.A. in Broadcasting (1981) and an M.S. in Broadcast Management and Programming (1982) from Indiana State University. He earned a Ph.D. in Communication from the University of Missouri in 1988. He joined the faculty at Bradley University in Peoria, Illinois in the fall of 1988. Dr. Gullifor begins his 35th year at Bradley as a tenured full professor and served as chairperson of the Department of Communication from 2006-2017. In 2010 he was named the Henry Means Pindell Endowed Chair in Communication and, in January 2021 he was appointed Bradley’s Faculty Athletics Representative. Dr. Gullifor was one of the original writers of Bradley University’s Sports Communication major, now the Charley Steiner School of Sports Communication, the first named school of sports communication in America.

He is an award-winning teacher whose research interests are in broadcast history and programming, particularly sports programming, and he has published in these areas. His first book The Fighting Irish on the Air: The History of Notre Dame Football Broadcasting, published by Diamond Communications was released in September 2001. His second book, Courting Success, with Notre Dame Women’s Basketball Coach Muffet McGraw, was released in November 2003.