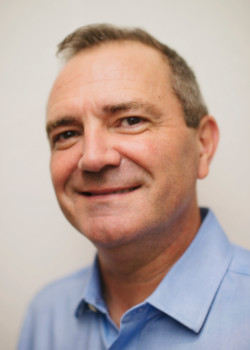 Philip Lockwood currently serves as an Assistant Professor of Entrepreneurship, Technology and Law and Coordinator of Capstone Projects at Bradley University. As an active professional and social entrepreneur in the Central Illinois community for many years, he was at the forefront of global sports/technology entrepreneurship with the founding of Mercury Sports Group in 2003, which eventually became IPICO Sports. He grew the company from its initial start-up to a global industry leader in sports timing and tracking technologies conducting business in over 50 countries through early 2012.

In 2018, Philip helped create the Peoria Innovation Alliance, an organization dedicated to building ecosystems for innovation and entrepreneurship throughout Central Illinois. In 2022, he completed his 28th year as Managing Director of the internationally recognized Steamboat Classic footrace. In 1986, he helped create the Peoria Komen Race for the Cure which served as the template for the Komen Race for the Cure Global Series. He helped manage Non-Stadium Competitions and Athlete Services Operations at the Centennial Olympic Games in Atlanta in 1996.

Philip earned his bachelor’s degree in Manufacturing Engineering Technology from Bradley University in 1985. He held several school records as a member of Bradley’s Cross Country and Track Teams and was inducted into the Bradley University Athletics Hall of Fame in 2013.