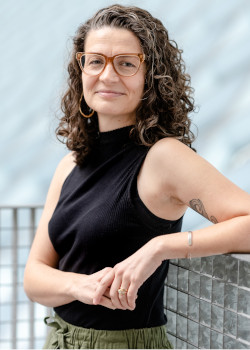 Maggie Mertens is an independent journalist located in Seattle. Her essays and reporting have appeared in The Atlantic, NPR, Sports Illustrated, ESPNw, Deadspin, VICE, Glamour, Pacific Standard, and Creative Nonfiction, among others. Her work has also been reprinted in The Year’s Best Sports Writing 2021 (Triumph Books), Women and Sports in the United States (The University of Chicago Press). In 2021, her Atlantic story "This Woman Surfed the Biggest Wave of the Year" was nominated for the Dan Jenkins Medal for Excellence in Sportswriting. Mertens is currently working on a book for Algonquin Books on women and running. She earned a B.A. in English Literature and Italian Studies from Smith College, and an M.F.A. in Creative-Nonfiction Writing from The New School.