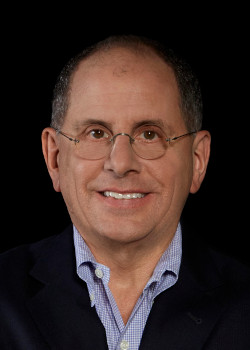 James Andrew Miller is an award-winning journalist who has worked in
politics, media, and entertainment in a career spanning more than 30
years.
Mr. Miller is the author of five best-selling books including, Those Guys Have
All the Fun, Inside the World of ESPN, which was an instant New York Times
#1 bestseller, and Live From New York, An Uncensored History of Saturday
Night Live, which was on the NYT list for 5 months and was named
by Fortune as one of the top 75 “Smartest Books We Know.” He is also the
author Powerhouse, The Untold Story of Hollywood’s Creative Artists
Agency, and Running in Place: Inside the Senate. His latest book, Tinderbox:
HBO’s Ruthless Pursuit of New Frontiers, tells the exclusive, explosive, true
story of HBO and how it burst onto the American scene and screen to
detonate a revolution and transform our relationship with television
forever.
Mr. Miller got his start as a member of the Television Reporting Team
at The Washington Post before becoming Special Assistant and Chief
Speechwriter to Senate Majority Leader Howard Baker. He went on to
work both in show business and the news business – as VP of Television for
Norman Lear’s ACT III Communications, then as Executive VP of Original
Programming for USA Network – and as a producer with CBS News and
as Senior Executive Producer of both Anderson Cooper 360 & Paula Zahn
Now at CNN.
Mr. Miller profiled First Lady Nancy Reagan for a cover story in
Life magazine, has written for the op-ed pages of The Washington
Post and The New York Times, as well as recently writing a three-part
investigative series for The New York Times along with articles for The New
York Times Sunday Magazine, Vanity Fair, The Hollywood Reporter,
Newsweek, and numerous others.
Mr. Miller received his Bachelor’s degree in Political Science and Economics
from Occidental College; an M. Litt. from Oxford University, and an MBA
from Harvard University, all with honors