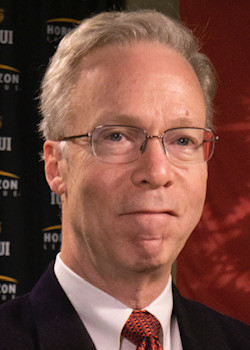 Malcolm Moran has directed sports journalism programs for more than a decade after a career as an award-winning reporter and columnist at The New York Times, USA TODAY and other publications. Moran, the director of the Sports Capital Journalism Program, joined the IUPUI faculty in January, 2013. For more than six years, he was the inaugural Knight Chair in Sports Journalism and Society at Penn State University, where he directed the John Curley Center for Sports Journalism.

Moran has covered more than 30 post-season college football games with national championship stakes. He has covered 37 NCAA Final Fours, 11 Super Bowls, 16 World Series and four Olympic Games. He is Executive Director of the United States Basketball Writers Association and a member of the organization’s Hall of Fame. In 2007, Moran received the Curt Gowdy Print Media Award from the Naismith Memorial Basketball Hall of Fame for lifetime coverage of basketball.