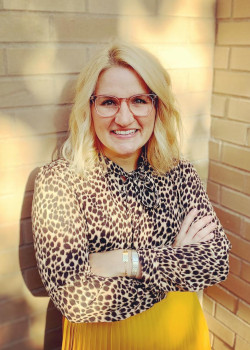 Prior to earning her doctorate from Indiana University's Media School, Pavelko received her M.A. in journalism from the University of Memphis. There, she worked in the advertising production office of the student-run newspaper and as a teaching assistant on campus, alongside a corporate communications internship. She earned her B.A. in journalism from Ohio Northern University where her focus was on news writing and graphic design. Pavelko was a cross country and track and field athlete while attending ONU.