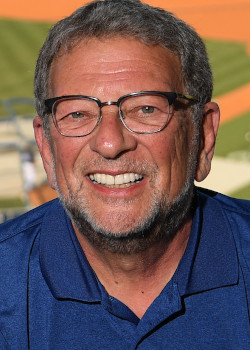 Five-time Emmy Award-winner and National Radio Hall of Famer Charley Steiner is in his 18th season as a play-by-play announcer for the Dodgers. The veteran broadcaster will primarily call the action on the Dodger Radio Network, but will also handle the play-by-play duties for SportsNet LA for select road games. Before joining the Dodgers, Steiner broadcast three years for the New York Yankees on WCBS Radio and the YES Network. Prior to his seasons with the Yankees, Steiner spent 14 years at ESPN. Steiner graduated from Bradley University, where the School of Sports Communication has been named in his honor. Steiner, who was inducted into the Bradley’s Sports Hall of Fame in 1995, also established the Charles H. Steiner endowed Scholarship, which is given annually to Bradley broadcasting majors.