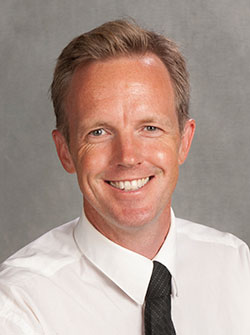 John Nielsen comes to Bradley having been a member of the faculty at Loyola University of New Orleans and having taught at Columbia College, Benedictine University, and Concordia College. He has offered courses on Greek and Roman history, the pre-Islamic and modern Middle East, early and later Western Civilization, and pre-modern and modern World History. He has also been involved in several digital humanities projects, including The Persepolis Fortification Archive Project, Berkeley Prosopography Services, ORACC, and PROSOP.

John’s research interests focus on the social and economic history of Babylonia in the first millennium B.C. from the Neo-Assyrian to Hellenistic periods. He is the author of Sons and Descendants: A Social History of Kin Groups and Family Names in the Early Neo-Babylonian Period, 747-626 BC and several peer-reviewed journal articles and book chapters. He currently is completing a book indexing and analyzing personal names from early Neo-Babylonian legal and administrative documents.