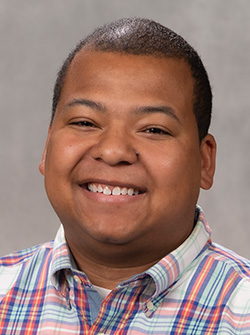 Richard Bryce Gore is a digital 3D/2D artist who has been working in the industry since 2012. After completing his Bachelor’s Degree in Simulation, Animation, and Gaming at Eastern Michigan University, he started his career working as a 3D modeling and Visualization artist at 3DExcite, working with companies like General Motors, Honda, Beechcraft, New Balance, and more.

In 2013 he began working at Jackson Dawson as a visualization contract artist working on projects for Ford and Lexus. Shortly after, he received a Master’s Degree in Technology Management from EMU and started teaching there as an adjunct Lecturer in the Simulation, Animation, and Gaming program.

In addition to adjunct teaching, Bryce worked at Eview 360 as a Senior CG artist and visualization specialist. While there, he helped with virtual reality development for architectural visualization implementation and worked with companies including Ford, Volkswagen, and Maserati.

From 2017 to 2019, Bryce became a full-time instructor in the Digital Animation and Game Design Program at Ferris State University. He now teaches fulltime at Bradley University and continues to develop the Game Art Degree Program. His passion for 3D art drives him to continue working on personal art projects which, in addition to freelance projects, helps him to grow and develop his skills as a digital artist.