Hip to the Task: Wrestling Announcer Wants to Grab Your Ear

When he was in elementary school, Josiah Williams ’14 regularly walked around his family’s Milwaukee home reciting the script and acting out scenes from Disney’s “The Lion King.” He’d also arrange toys in a makeshift choir, and then lead them in imaginary verse.

“If you asked my mom, she would say I was always going to get into entertainment,” said Williams, who attended arts-based schools before enrolling at Bradley as a theatre arts major.

These days, Williams works on a grander stage than that improvised living room concert hall. Since May 2019, he’s served as on-air talent for Connecticut-based World Wrestling Entertainment (WWE), which holds 450 live events annually and beams televised programming to 900 million homes across the globe.

In a wrestling universe full of body slams and over-the-top personalities, a bowtie-clad Williams lends his own distinctive flavor to viewers of the USA network’s Tuesday night “NXT” (a WWE brand) programming.

While he interviews wrestlers and helps create program storylines, Williams has helped usher in a new sound to professional wrestling.

Wrestlers typically choose heavy metal or rock ‘n’ roll songs as their entrance anthems; Williams was hired to remix selections with hip-hop flair. He’d been making such videos on his own for fun — and posting them to YouTube — which caught the eye of an WWE executive. Nine months later, Williams had a job offer at the organization.

“A big part of wrestling is the music,” he said. “When a song hits, everyone immediately knows who’s getting ready to walk down the ramp.

“Initially the idea was that they would send some WWE merchandise for me to wear in my videos,” he added. “It later it turned into, ‘Hey, what is your dream? What are your future goals?’ Any music I was making was a hobby, so I wasn’t trying to get a job at WWE at first. But once I realized that I had a platform, it’s like, let’s keep going.”

To those who know him, Williams possesses a range of skills that demonstrate his natural showmanship.

“While Josiah is a great performer of scripted material, where he really shines is when he just gets to be in control of what he’s doing,” said Travis Stern, an associate professor of theatre arts who had Williams in three classes. “That’s when he gets to use the full extent of his talent and charisma. Part of what makes him so engaging while performing is he’s got an infectious energy that pulls the audience in.”

Norris Chase, executive director of the Office of Diversity and Inclusion at Bradley, said he met Williams following a campus musical performance. He ranks Williams as his favorite artist.

“Josiah is second to none with regards to his craft, ingenuity and creativity,” Chase said. “His artistry and reputation precede him because of his genius and capacity to connect personally.”

The pandemic resulted in Williams being furloughed from work during the spring and summer of 2020, but he took the occasion to create a WWE podcast and the “Wrestle and Flow” YouTube series, which airs dozens of the remixes. (Williams’ maintains a personal YouTube page, where he indulges his other passion: Christian hip hop. More than 45,000 subscribers tune in his profanity-free songs: “I want my music to be available to everyone.”)

The oldest of six kids, including younger sister, Sojourner ’16, Williams got into wrestling later than his friends. It wasn’t until his early teen years that his mother relented and gave him permission to watch gratuitously muscled men yelling and tossing each other around a ring.

For the whip-lean Williams, muscle was never a job requirement. It’s his musical chops that have helped to make WWE a $5.71 billion business. He developed his tastes young, enjoying NSYNC and the Backstreet Boys, before gravitating to R&B and hip hop.

It was at Bradley where Williams started turning his poetry into lyrics. “I had my first computer in college, and I was playing around making beats,” he said. “I wasn’t really good at it at all.”

Williams made the most of his college days, performing in 10 theater productions, singing in the gospel choir, playing with the jazz band and whooping it up with the BBQ Kitten Improv Comedy Troupe. For five years after graduation, he emceed Bradley home basketball games. Williams “kept the energy up and exciting” by announcing $1,000 half-court shot competitions and zany events including dogs jumping through hoops and over people.

He was also a visible presence in the community in a more serious vein. After graduation, Williams served as a community liaison for Rep. Cheri Bustos (D-Peoria), attending community happenings like NAACP rallies and church events, and reporting back to the congresswoman. He got the position after someone from Bustos’s office approached him at a Bradley job fair.

“They just saw me walking around and asked me for a résumé,” Williams said. “They were looking for someone who could relate to the average person. I don’t have a political science degree, but they said my community experience set me apart.” Later, as neighborhood enhancement coordinator, he worked with residents on their concerns for the city of Peoria.

Williams has long been sensitive to racial discord in the United States. Before Black Lives Matter emerged as a national movement, he wrote a song called “Black Brother Down,” which highlighted concerns about police use of force against African American men.

“It explained, from my perspective, what it’s like to experience the pain and trauma experienced by Black people,” he said. “Some of the lyrics were direct quotes from friends and family members and people around me. These past two years have been rough. I assumed the role of reminding people that this is not a new issue.”

Living in Orlando, Fla., with his wife, Brianna ’15, a mental health therapist, Williams is a man rooted in the moment. For now, he is simply enjoying the ride.

“I believe that God is in control,” Williams said. “So why stress about tomorrow when you can be thankful for today?” 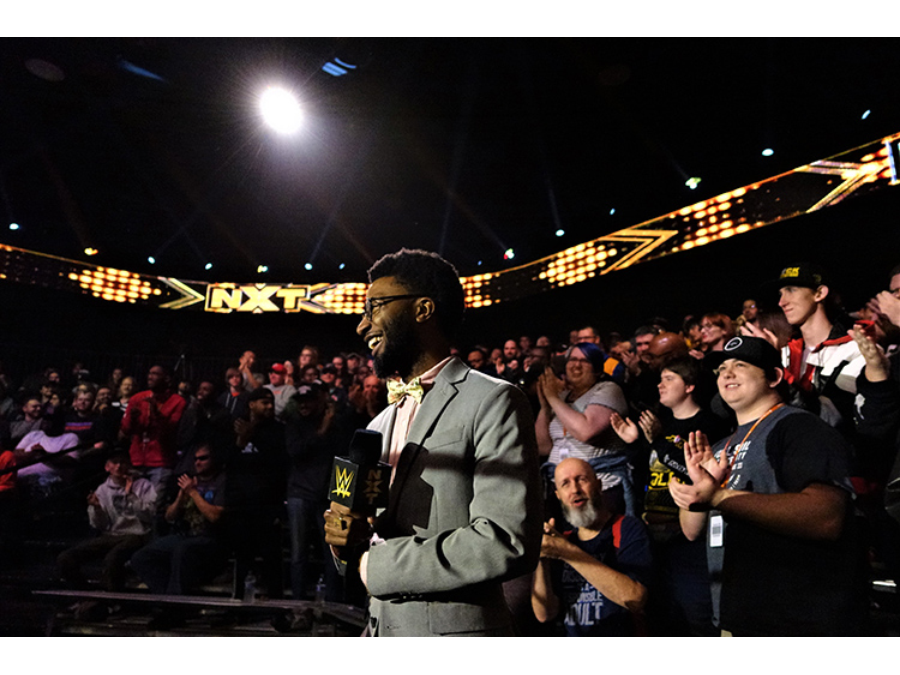 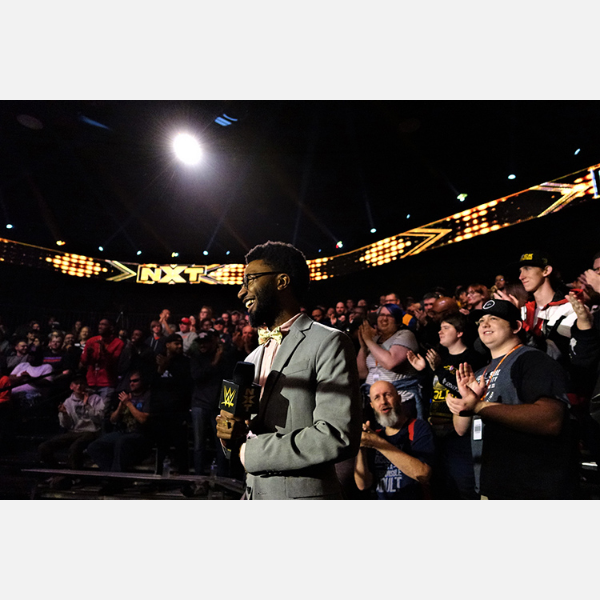 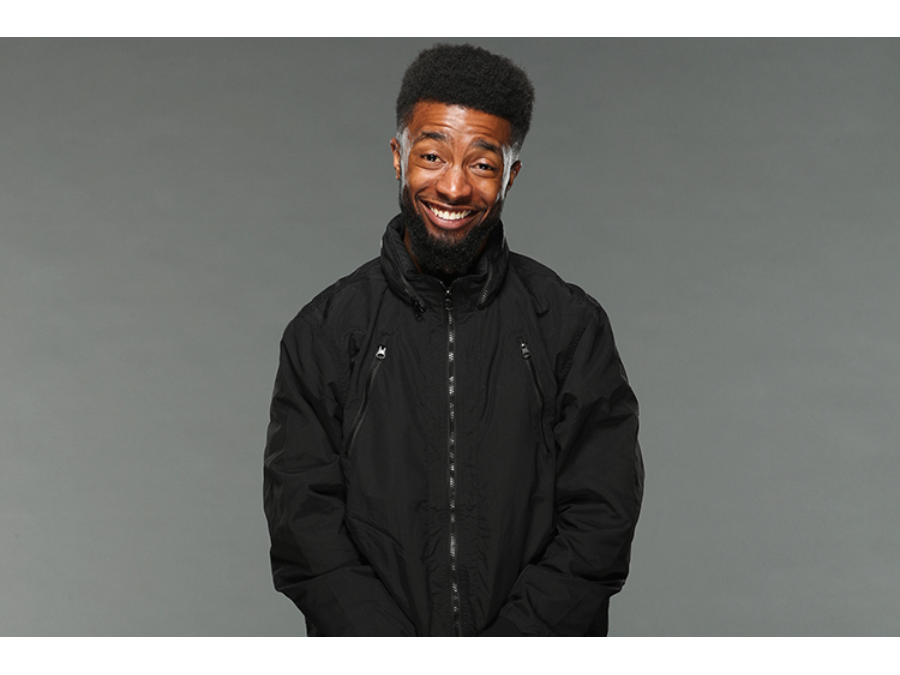 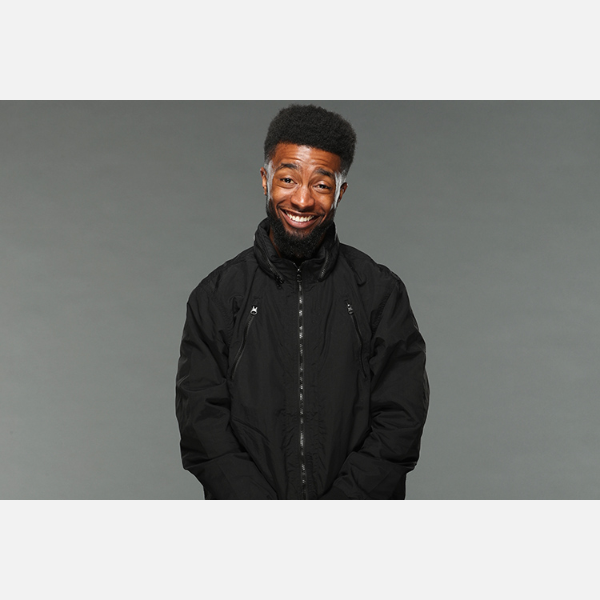