Bringing the Olympic Dream to Millions of Viewers

Bradley has a long tradition of working with NBC Sports during their Olympics coverage, going back to the 2012 Summer Olympics. This past winter was no different, as sophomores Francisco Alonzo and Jackson Fyda joined the NBC Sports production team in Stamford, Conn., to help bring the 2022 Winter Games to the viewing public.

This unique opportunity afforded the two sports communication majors an inside experience in the world of high-pressure sports media, playing a hands-on role in what millions of viewers see on television and on various streaming platforms. Fyda worked with the team producing the “Olympic Zone” television program, while Alonzo helped place ads in live broadcasts and streams.

They each worked grueling, 12-hour shifts every day for the entire duration of the Games. Being at the heart of the action exposed the pair to the enormous complexity of every aspect of such an operation.

“There are so many moving pieces that goes into making a 30-minute show,” said Fyda. “When you see all the planning, the background research … for a two-minute segment, that is eye opening.”

One of Alonzo’s responsibilities was deciding when ads would run during live events. He felt the pressure of making these key decisions as well as the need to be confident.

“When you send an ad, there’s no going back, so you got to make sure you place the ad at the right moment,” he said. “That’s the pressure of the job, with millions of people watching.”

An additional challenge for Alonzo came working the overnight shift. As many of the events happened live across the globe at inhospitable hours here in North America, his daily shift ran from 7 p.m. to 7 a.m. For a self-described morning person, this was especially challenging – even afterwards.

“The first few days after I got back was tough,” he laughed. “I would have to take naps; I would wake up in the middle of the night.”

Fyda had a slightly more hospitable shift from 1 p.m. to 1 a.m. As a Division I soccer player, he admitted the heavy work schedule and maintaining a full course load left very little time for his intense training regime.

Both interns cherished the experience of working so hands-on in such a major operation and being responsible for what millions of viewers saw on a daily basis. As they both seek careers in sports media, they hope the short, intense experience and the connections they made will provide a boost toward their futures.

“When you are able to talk to people who have already done what you’re doing,” said Fyda, “they show you the paths you can take and give you advice.”

“Having opportunities like this can change your life,” added Alonzo. 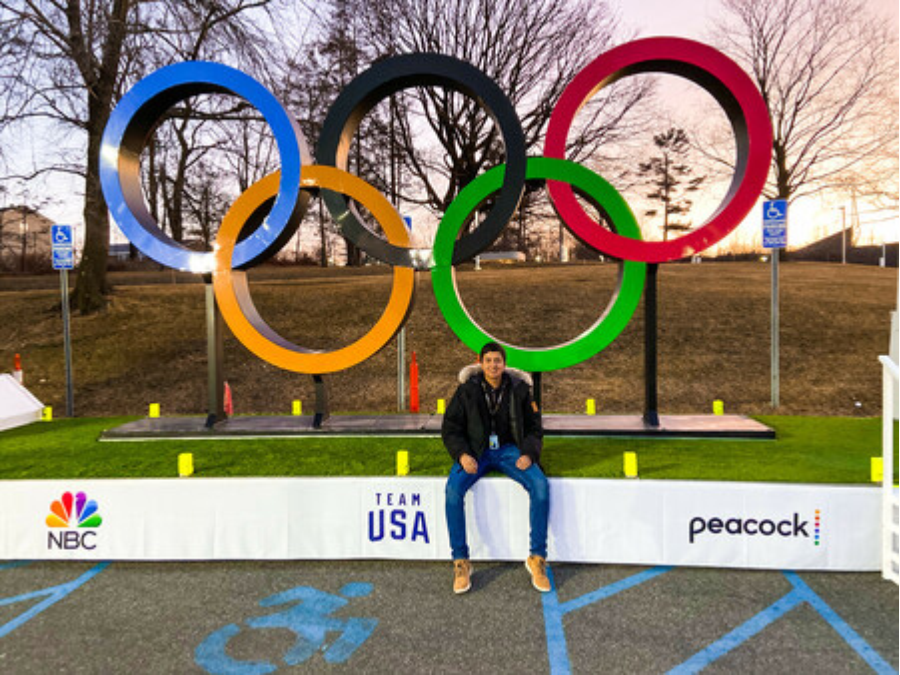 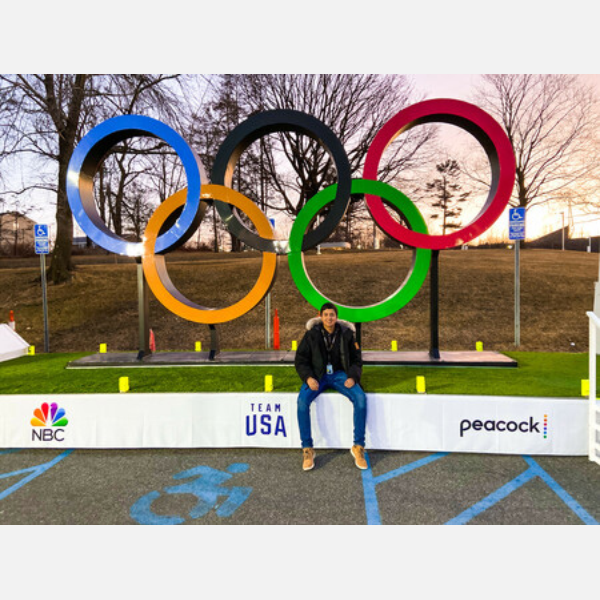 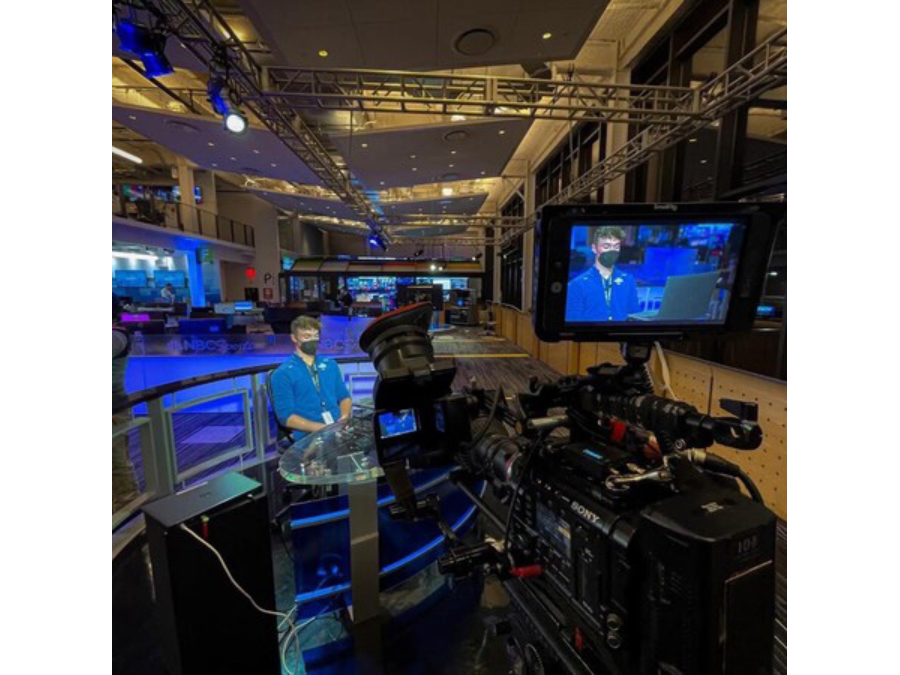 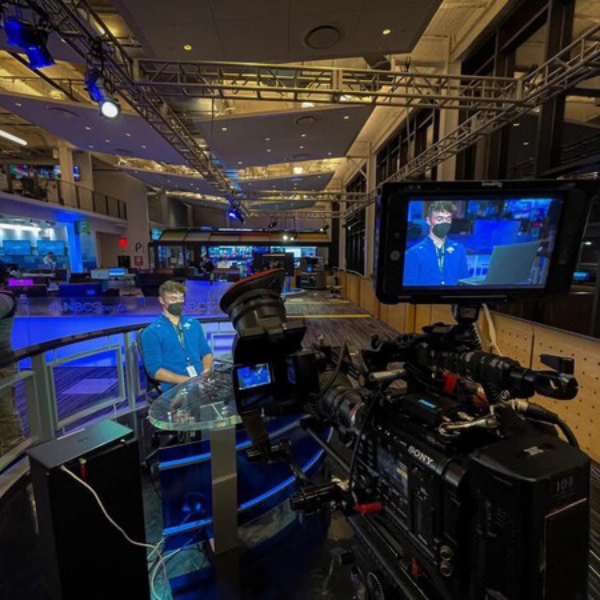