Challenged by a professor to enter an animation contest over the winter break, Dahia Jackson decided to draw what she knew.

Inspired by a favorite video game, “The Sims,” the junior animation major from Jackson, Tenn., created a one-minute short of the character creation aspect of the game. “Create-A-Guy” shows a player customizing a character with various hairstyles, facial features and clothing.

In the contest sponsored by Animation Career Review, Jackson received a $100 prize. 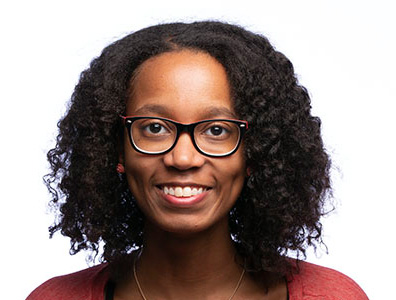 “The requirement was to create a video game character, but I never play how developers want me to,” Jackson said. “I always make (my avatars) look terrible. That’s how I decided what to do. I started to wonder, ‘How would a Sim feel if he were sentient?’”

First things first: what should the player name the character? Jackson chose Mick Loven, a sly nod to the movie “Superbad.”

“The character is an average Joe, so the name was easy. I’m not sure why I made a guy, but ‘Create-a person’ didn’t have the same ring to it,” she joked. “But I think the clothing is pretty gender neutral.”

The animation is clever, with the creator playfully adjusting the character’s facial features and clothing. When it’s time to call the character finished, he weighs in disapprovingly. But the creator has the last say.

Once she decided on a theme, Jackson spent five days on the video: two days drawing, one day animating and two days editing.

A crucial aspect of the process was finding the right song. The contest required the use of music by Kevin MacLeod, an Internet composer who offers his music to anyone who gives him credit. Jackson selected “Zazie,” a song “that sounded like a Sims soundtrack,” then chopped it into pieces to use.

“Sound is so important. If you don’t have sound, the animation falls flat.”

Of her win, Jackson said, “I was actually really surprised. I wasn’t even going to enter the contest. My friends and I talked about it, but I was the only one who entered.”

Jackson was proud of her creation of Mick Loven, noting “I often found myself laughing at the monstrosity I was making.”

Scott Cavanah, assistant professor and associate chair of interactive media, said the contest is just one way he encourages students to get their work noticed. “Our students are required to post their school projects on their personal websites. Beyond that, contests, conferences, film festivals, etc., are other great ways of getting their work seen.

“If a student is fortunate enough to win an award, they can put that information on their resume and share on social media. Bringing awareness to their work is something all of our students are striving for.”

He was impressed with Jackson’s contest entry, calling it “a humorous and cohesive piece with pitch-perfect music and sound effects.”

Playing to both of those strengths, she’s now working with researchers at Peoria’s JUMP Simulation Center to create a medical application for kids and parents.