So, You Want To Be In Pictures?

The films “Project 7” and “Ryogo” never made a splash at Cannes or drew any Oscar buzz. But they are integral creations of Hilltop Films, along with “Decision Making,” “Group Project” and the still-in-production latest endeavor by the student film group.

“Project 7” and “Ryogo” are sci-fi thrillers, according to film editor Thomas Pickering ’20. The group branched out to comedy with the next two films and this year’s offering is a psychological thriller, according to Madison Cinnamon ’20, the club’s executive producer or president.

As in Hollywood, creating the annual movie starts with a script, usually written in the spring semester while work finishes on that year’s film. Pre-production work takes place in fall semester with shooting and post-production editing in the second. The 15-to 30-minute finished films are screened annually in the Marty Theatre.

There are jobs for all – from props and wardrobe to camera, scouting locations and casting in pre-production to mike operators, sound techs, editors and colorists. With 25 or so members, tasks often overlap, with a pre-production prop person also handling a boom mike in the production phase. Actors are club members and also recruited from the theater department.

While Cinnamon and Pickering are TV arts majors and most members come from the Slane College of Communications and Fine Arts, the group seeks diversity among majors. “Anybody interested in film can join,” Cinnamon said.

“Everyone in the club has at least one position (on the film being made),” Pickering said. “You need someone on every camera; you need someone for every light fixture.”

“It’s entirely student based and they’re not reporting to anyone. It’s our own content,” Cinnamon added.

Most scenes are shot on weekends and juggling the schedules for myriad students with movie-making needs is tricky, Cinnamon said, but the non-linear production practices simplifies things.

“We can shoot one scene one day, then go back to that scene another day with another actor if we need another shot,” she said.

Nate Martin ’20 is a camera operator and sometimes-actor. He said time is maximized on location. “We have a shot list of things we want to do and call sheets telling who’s going to be there.”

After film is shot, the editors take over.

“We get all the film off the cameras and put it into the editing software,” Pickering said. “We make a rough cut just so we know where we’re at in case we need to reshoot or add anything.”

He added the process can uncover missing shots or tech glitches, noting audio issues in one film required it be dubbed in post-production.

The group started in the mid-2010s as BU Productions, Cinnamon said. “The originators decided, ‘Oh, we need a club where we can make our own films and have our own equipment instead of the broadcast cameras.’”

Equipment such as cameras, tripods and stabilizers was acquired over time with funding from SABRC and the Parents’ Project Fund.

Cinnamon, who hopes to be a producer after graduation, says filmmaking is a deliberative, concerted effort. “You can’t just have one person taking control and wanting to go just one direction. We need several viewpoints coming together.” 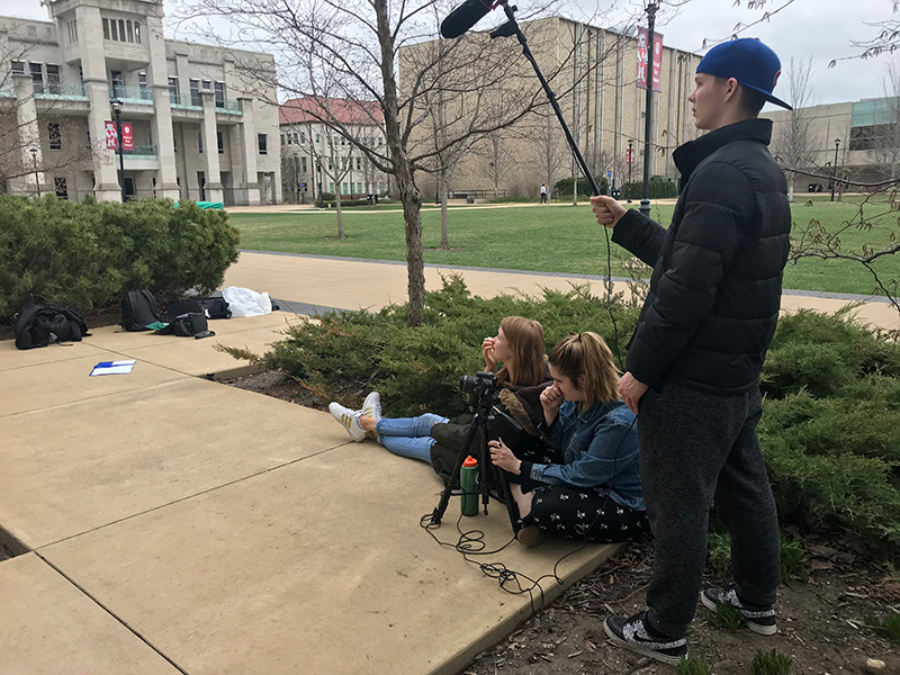 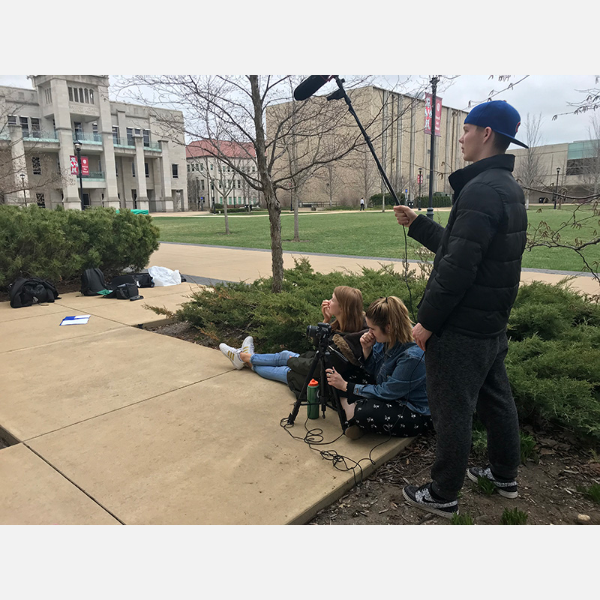 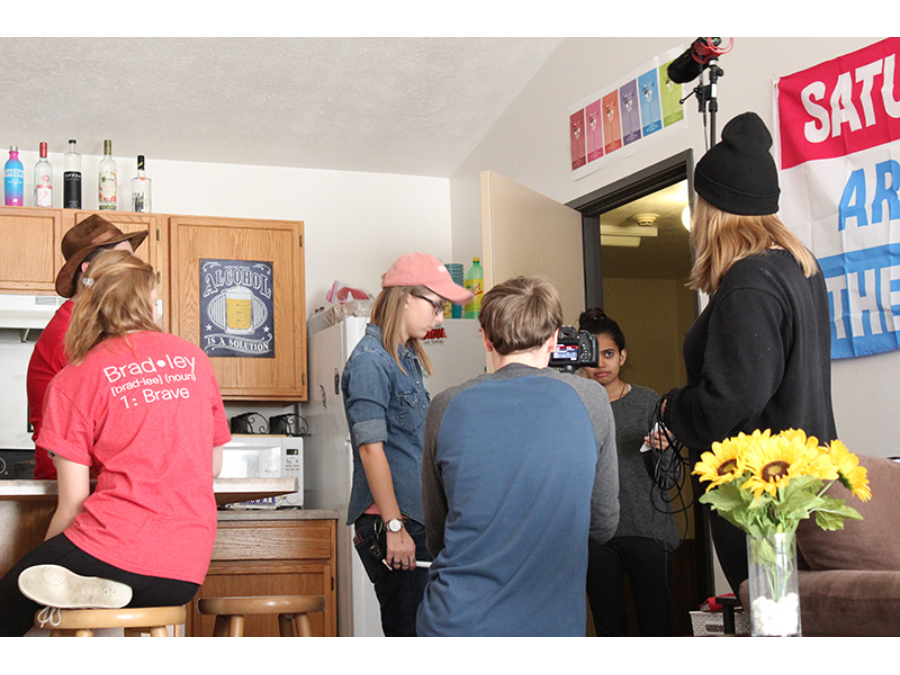 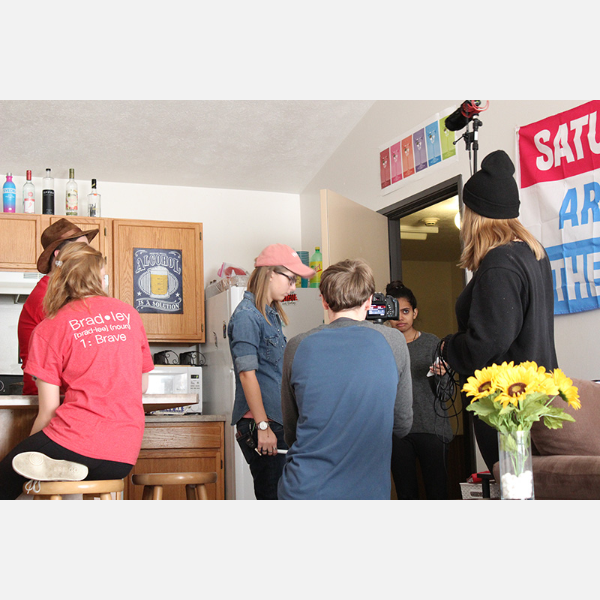 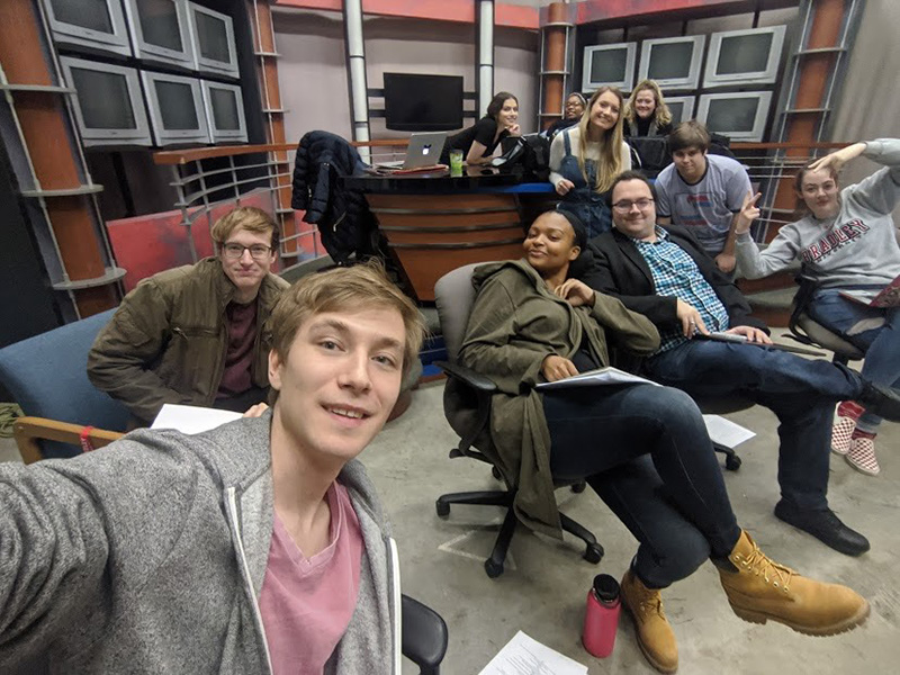 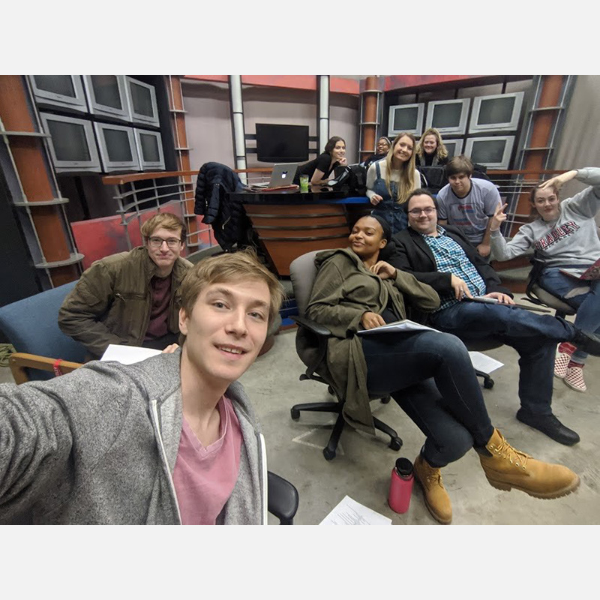