The City of Altamont, Ill., named Bill Wendling M.S. ’59 Citizen of the Century as part of its sesquicentennial celebration. A World War II veteran, he’s active in civic and veterans’ activities and is a former teacher and guidance counselor.

Dean Smith set a world record in the 2,000-meter indoor rowing event for men 95–99 at the Huntsman World Senior Games in Utah. He also won a gold medal in the 5,000-meter event.

Marquis Who’s Who presented Patricia Ann Helms with its 2019 Albert Nelson Marquis Lifetime Achievement Award for being a leader in the academic industry. With more than 40 years of professional experience, Patricia has been recognized as professor emerita of the University of Rhode Island since 1999.

The Cabernet Sauvignon at Jim Panfil’s Echo Vineyards in St. Helena, Calif., earned Cabernet honors and a Gold Medal at the prestigious San Francisco wine tasting competition. "I believe creation of a great wine requires a close connection to the soil and minimal canopy management of the vines," he said of the honor.

Dr. Romero B. Garrett married Clifford and Beverly Bullitt Irons ’69 in his Bradley Hall office in 1968. They have two children and two granddaughters. Beverly worked in the medical field and Clifford began his career as an electrical engineer. Clifford became a marketing executive and served as president of his own communications company. He completed his career as a public-school administrator and university adjunct professor. Clifford also published three children’s books. The couple is retired and enjoy traveling and visiting with their grandchildren.

United Hebrew Congregation in St. Louis awarded Barry and Sherilyn Rubin Krell ‘70 with the Irene Fox Ruach Award in December for their efforts on behalf of the congregation that embody its spirit. Barry is the chairman of the congregational cemetery; Sherilyn is one of two volunteer archivists.

After his retirement from the Central Intelligence Agency, Jay Grusin founded a company to train public and private sector intelligence analysts across the country. In 2018, he co-founded a second company to advise clients on how to apply intelligence tools and processes to identify and manage decision risk. He and his wife live on a lake outside Ann Arbor, Mich. The couple has two children and four grandchildren. see Bradley Authors.

Steve Dunn has written eight bios and six game stories for the Society for American Baseball Research (SABR) as well as bios of Iowans who played in the major leagues. In retirement, he enjoys bicycle riding, playing in the Greater Des Moines Community Band and volunteering. He and his wife, Cindy, have two daughters and three grandchildren and live in Des Moines, Iowa.

Bill Wagner’s photo exhibition, “The Flying Scotsman’s Summer of 1970 Texas Tour” chronicling the legendary train’s journey was at the Slaton Harvey House in Lubbock, Texas, from January to March.

The Missouri Valley Conference named Los Angeles Dodgers broadcaster Charley Steiner HON ’10 into its Hall of Fame class of 2022. The five-time Emmy winner is a member of Bradley’s Centurion Society and its Athletics Hall of Fame.

Atlanta magazine named Charlene Crusoe-Ingram M.A. ‘75 as one of “Atlanta’s 500 Most Powerful Leaders in 2022.” She has served as CEO of Meals On Wheels Atlanta since 2015, and previously held senior leadership positions with Coca-Cola.

Gregory F. Bower MBA ‘76 has started his second term as controller for the County of York, Pa. He attended Bradley when he was at Caterpillar in their accounting training program. “I have very fond memories of Bradley and Peoria.”

Tom Platt is director of litigation for Metra, Chicago’s commuter rail service. He previously worked as a deputy corporation counsel for the City of Chicago. He is married to Carolyn and has three grown sons and lives in the Irving Park/Avondale neighborhood in Chicago.

Lori Madsen Christiansen M.S.’78 is vice president of support services at OSF Healthcare Saint Luke Medical Center in Kewanee, Ill. She has been with OSF more than 30 years, most recently serving as a regional director of rehabilitation services.

Kimberly Holme Starr retired last August after 42 years in nursing. “My nursing career was varied and always a joy,” she said. “Caring for people was and is my calling. I wouldn’t trade those years. But, it is time to do that in another setting. And now it is time to do the many (other) things I’ve loved.”

The Illinois Basketball Coaches Association named Eddie Mathews to their 2022 Hall-of-Fame class. He is a part of two Bradley Athletics Hall of Fame basketball teams.

Tannette Elie joins the University of Wisconsin-Parkside’s leadership as executive director of university relations. She is an award-winning journalist formerly with the Milwaukee Journal Sentinel and recently served as a communications lecturer at the university. Tannette also serves as vice president of print media for the Wisconsin Black Media Association.

The Wisconsin Department of Workforce Development’s Unemployment Insurance Division appointed Jim Chiolino its administrator, effective December 2021. Jim has a law degree from the University of Wisconsin and has spent his career in labor and employment law.

Paul Witt is general manager and vice president of sales for the Americas with AnyVision, an artificial intelligence-based facial recognition startup.

Missouri Gov. Mike Parson appointed Heather R. Cunningham as a judge for the 21st judicial circuit. She previously served as an associate circuit judge and a family court commissioner.

Joseph A. Gleba has worked for Porte Brown LLC in Elk Grove Village, Ill. for 25 years. The firm named him a partner in 2009 and Joseph became the new CEO Jan. 1.

The city of Freeport, Ill. named Wayne Duckmann its community and economic development director. He previously served as a senior planner for McHenry County, Ill.

Michelle Dardis serves as director of the Department of Quality Measurement at The Joint Commission. She has more than 15 years of experience in clinical research and education. Michelle earned an MBA at Loyola University in Chicago.

Bradley University will induct Jeremy Crouch again into its Athletics Hall of Fame, this time as part of the 2005-06 men’s basketball team. He’s already a member as a player. Jeremy is in his first year as coach of the Pekin (Ill.) High School boys’ basketball team.

Matthew Wettersten won a regional Emmy for the Chicago/Midwest region for the video “Mental Health Awareness: ‘Don’t Do Nothing’” produced for the Illinois Farm Bureau in the category of Outstanding Achievement for Informational/Instructional - Short Form or Long Form Content.

Weiss-Kunz & Oliver, LLC, in Chicago promoted Andrew Ference to partner. He earned his juris doctor at the University of Illinois College of Law.

The Defense Trial Counsel of Indiana elected Keith Mundrick to its board of directors for 2022. He also sits on the organization’s Amicus Curiae Committee. Keith is a partner in the Indianapolis office of SmithAmundsen LLC and maintains a transactional and commercial litigation practice.

Jerry Bedor Phillips MFA had an exhibition at the Leu Center for the Visual Arts Gallery at Belmont University in Nashville, Tenn., focusing on his family’s homeland, the Pacific island nation of Palau. He is studio manager and gallery coordinator at Vanderbilt University’s Space 204.

With her photography exhibit “Image Cities,” Anastasia Samoylova MFA won the inaugural KBr Photo Award sponsored by the Fundación MAPFRE in Spain. Her exhibit, “Floodzone,” was at the HistoryMiami Museum over recent months, and was a finalist for the 2021 Florida Prize in Contemporary Art. Her next book, “Floridas” (with Walker Evans), comes out in July.

Jesse Reynolds Jr. is executive director of the Leadership Academy of Madison County, Ind. He also worked in the financial sector and as community relations director for the Lawrence Township Trustee in Marion County, Ind.

Eric Mason is a recruitment manager with Icon Medical Network. He also earned a master’s degree from the University of Nevada, Las Vegas, and recently became engaged.

WMBD/WYZZ in Peoria named Shaun Newell MBA vice president and general manager. He had served as the stations’ news director since 2017.

Chris Kwiecinski is a sports editor of the Columbia Daily Tribune in Columbia, Mo. Previously, he worked at newspapers in Oxford, Miss., and St. George, Utah.

Caroline Whiteside Cazel met her husband, Travis ’16, in David McMullen’s class. They married with a very small group of people in 2020, and had a postponed reception last summer. They currently serve as high school teachers in the Peoria area and expect their first child this summer. See bells & rattles

Melody Mercado joined the nonprofit hyperlocal news site Block Club Chicago as a reporter. She previously worked at the Des Moines Register and WHO in Des Moines, Iowa.

Dwayne Lautier-Ogunleye, a former captain of the men’s basketball team and current member of the British national team, joined Heroes Den Bosch in the Netherlands. Heroes has won a record 16 Dutch national championships.

Sheridan Hurtig is a news reporter with WMBD/WYZZ in Peoria. She previously worked as a digital reporter for the stations. 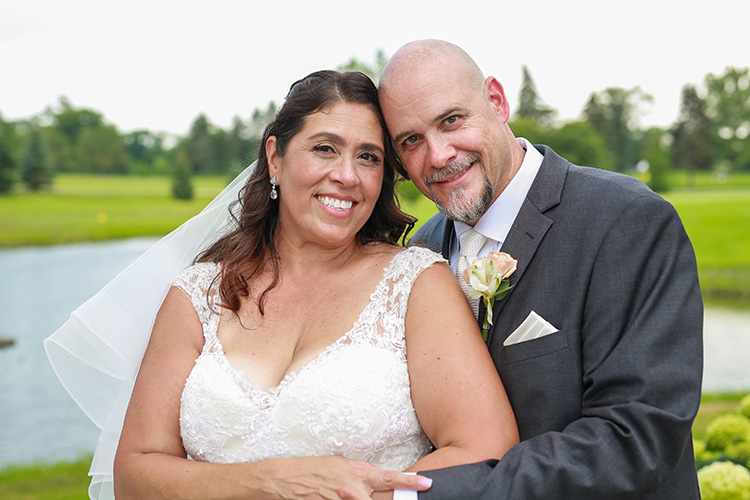 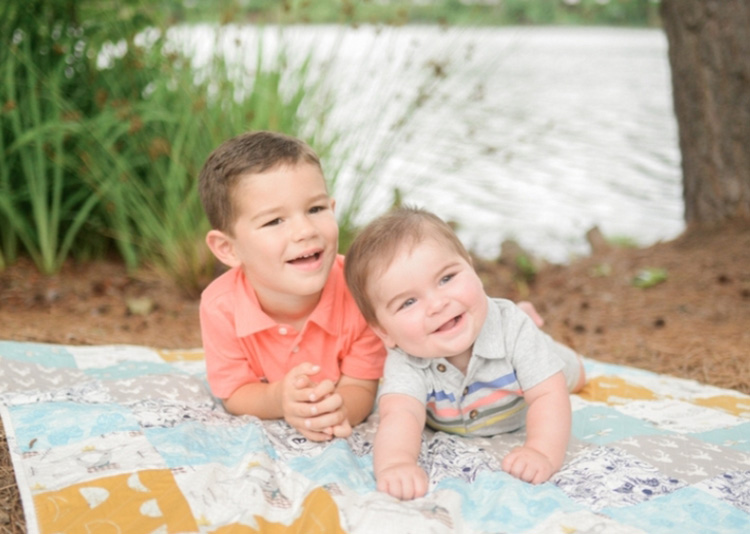 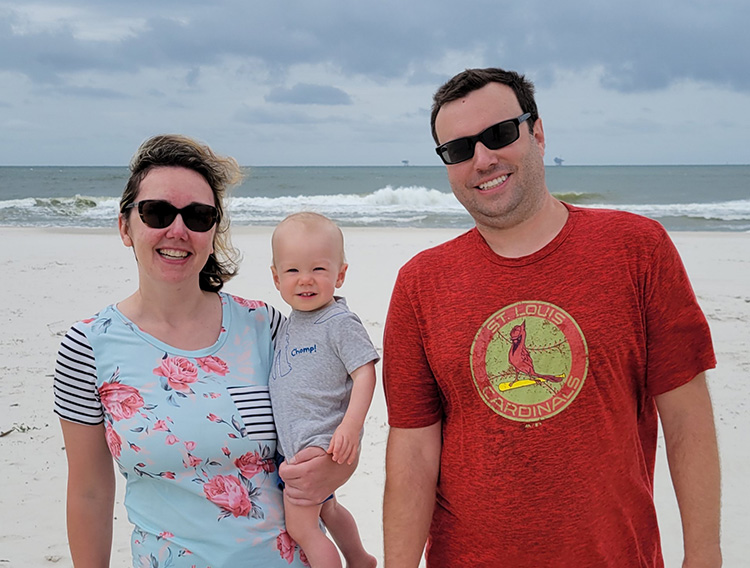 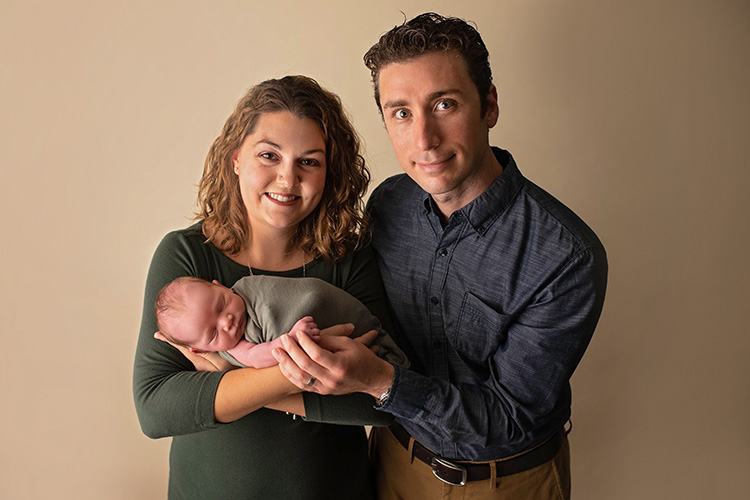 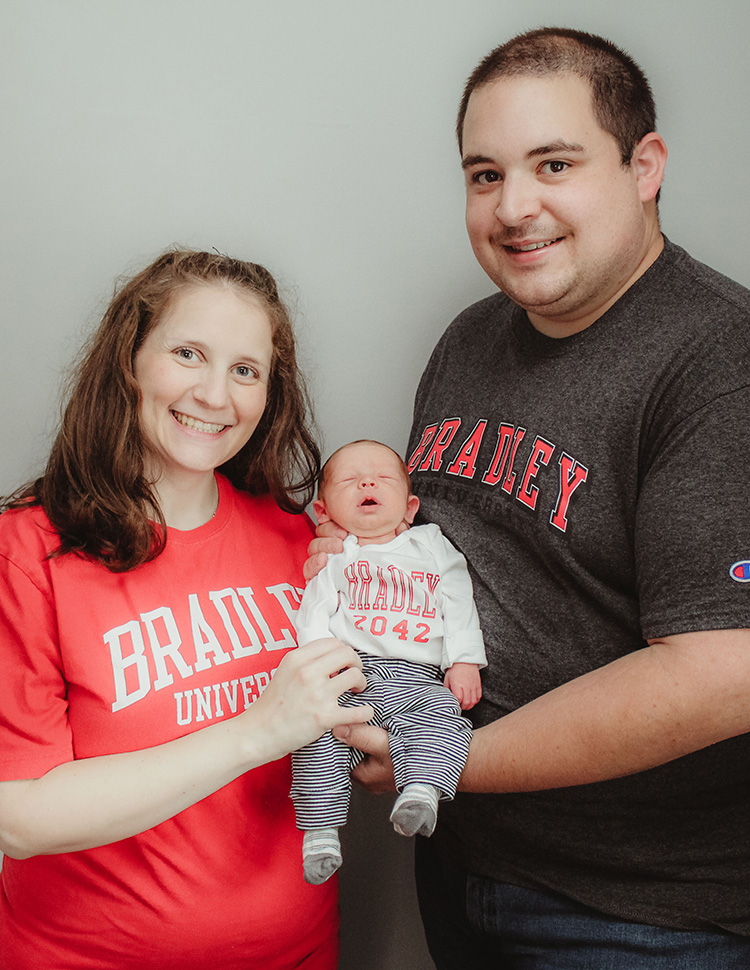 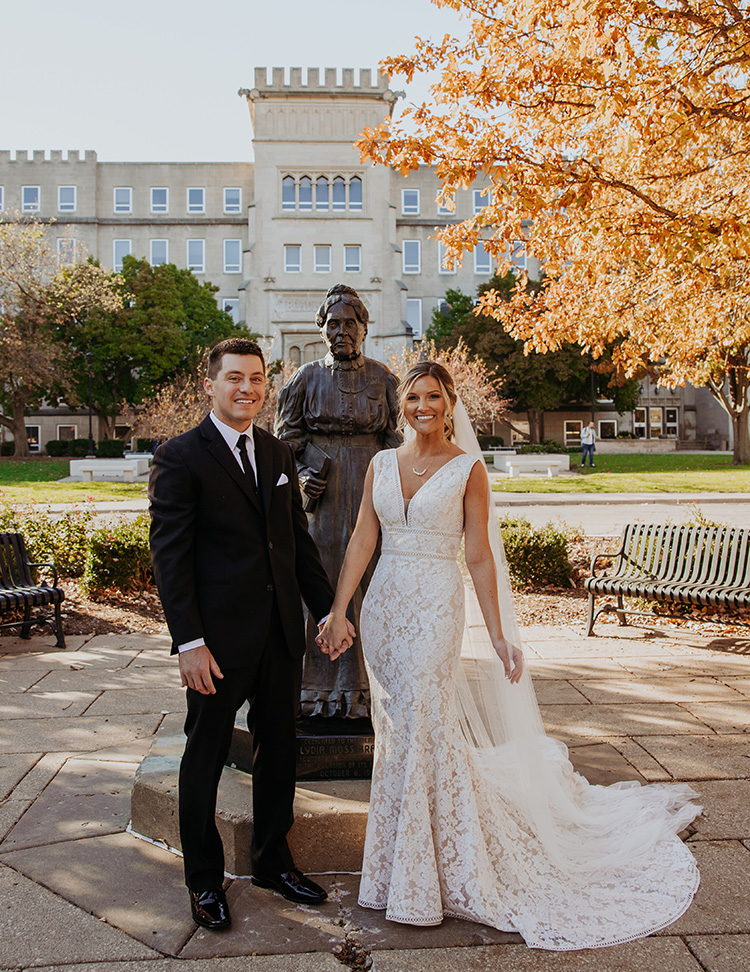 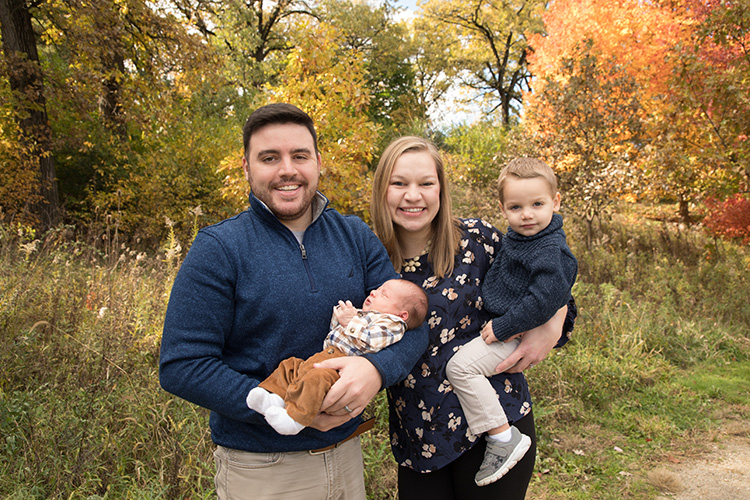 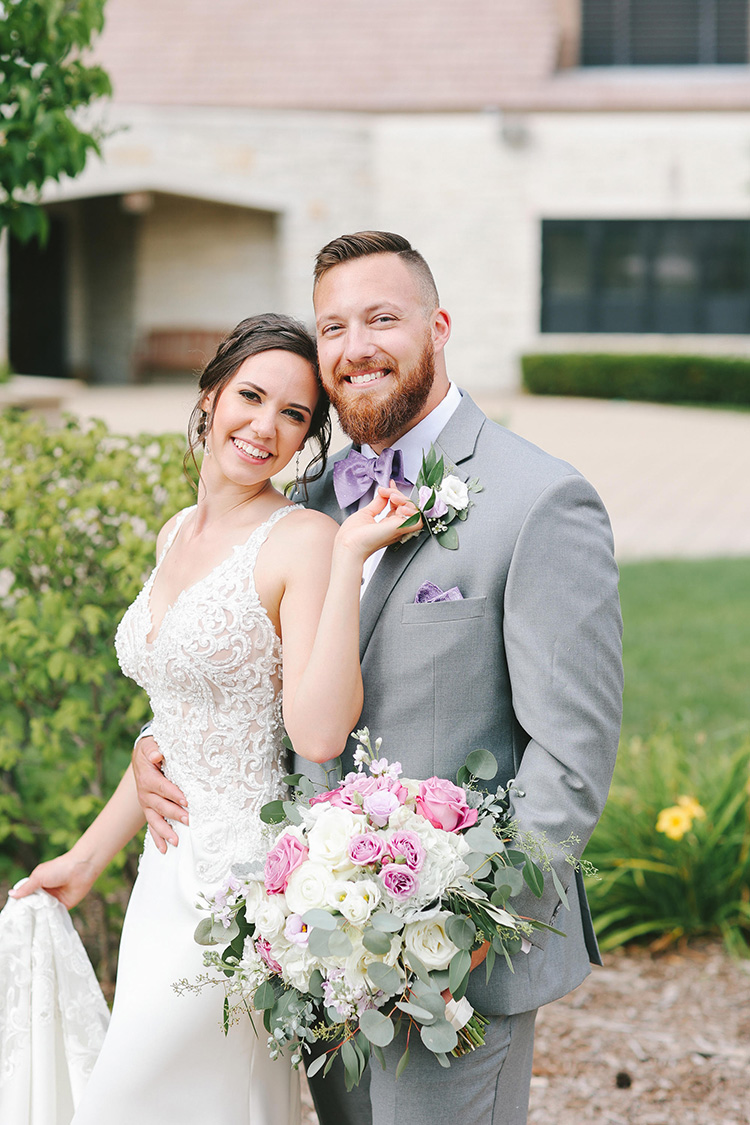 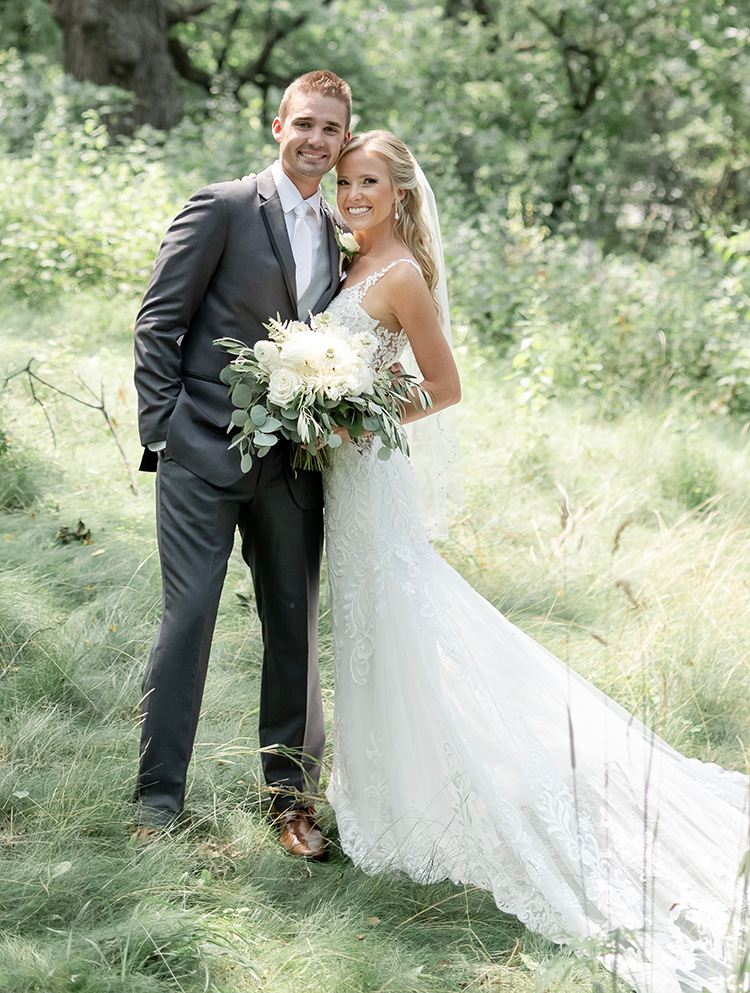 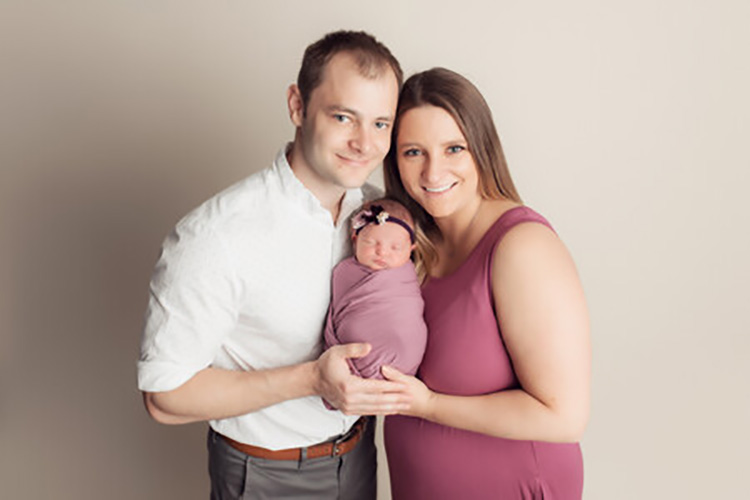 We know you're out there, but we don't know how you're doing. Share what's going on in your life with your classmates and friends. And make sure we have your correct email or home address so we can always stay in touch.