On April 10, 1897, ground was broken for Bradley Hall. What had been prairie-land cornfield was transformed into a seat of learning because of the remarkable courage, strength, and determination of one woman, Mrs. Lydia Moss Bradley.

Lydia Moss Bradley had seen all of her hopes, ambitions, and dreams for her six children end in their untimely deaths. She and her husband, Tobias Bradley, had devoted much time, thought, and discussion to how their wealth might be used as a fitting memorial to their deceased offspring and considered establishing an orphanage.

Unfortunately Tobias died in May of 1867, before their dream could be realized. Alone, Mrs. Bradley devoted herself unreservedly to the achievement of their goal. After some study and travel to various institutions, Mrs. Bradley decided that, instead of an orphanage, she wanted to found a school where young people could learn how to do practical things to prepare them for living in the modern world. In 1892 she purchased a controlling interest in Parsons Horological School in LaPorte, Indiana, the first school for watchmakers in America, and moved it to Peoria. She specified in her will that the school should be expanded after her death to include a classical education as well as industrial arts and home economics: ". . . it being the first object of this Institution to furnish its students with the means of living an independent, industrious and useful life by the aid of a practical knowledge of the useful arts and sciences."

In October 1896 Mrs. Bradley was convinced by Dr. William Rainey Harper, president of the University of Chicago, to move ahead with her plans and establish the school during her lifetime. Bradley Polytechnic Institute was chartered on November 13, 1896. Mrs. Bradley initially provided seventeen and a half acres of land; funds for two campus buildings, including laboratory equipment and library books; and annual operating expenses.

Contracts for Bradley Hall and Horology Hall (later renamed Westlake) were awarded and work moved ahead quickly. Fourteen faculty and 150 students began classes in Bradley Hall on October 4, 1897–with 500 workers still hammering away. (The Horological Department added another eight faculty and 70 students.) Bradley Polytechnic Institute was formally dedicated on October 8, 1897. Its first graduate, in June 1898, was Corinne Unland.

By 1899 there were 350 pupils in the School of Arts and Science at Bradley, about equally divided between men and women. Instruction was offered in biology, chemistry, food work , sewing, English, German, French, Latin, Greek, history, manual arts, drawing, mathematics, and physics. Pleased with its progress, Mrs. Bradley transferred to the school the rest of her estate, including nearly 1,000 different pieces of property, reserving its use and profits during her lifetime. At Founder’s Day in 1906 she announced an additional gift to build Hewitt Gymnasium, now Hartmann Center for the Performing Arts. Mrs. Bradley died on January 16, 1908, at the age of 91.

The Institute continued to grow and develop to meet the educational needs of the region. Bradley became a four- year college offering bachelor’s degrees in 1920 and a full university offering graduate programs in 1946, when it was renamed Bradley University. 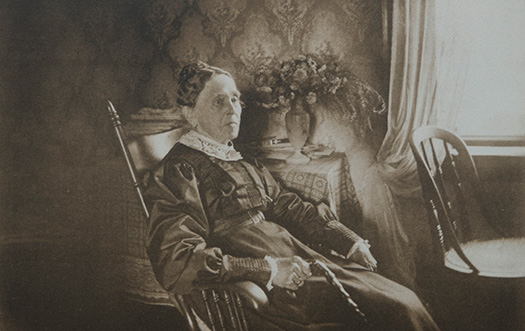 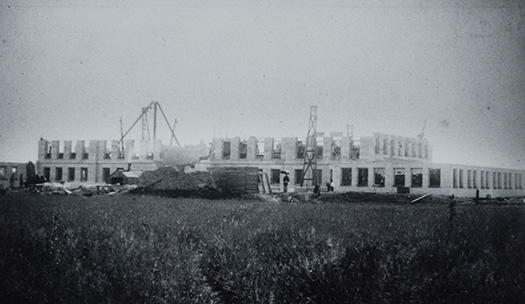 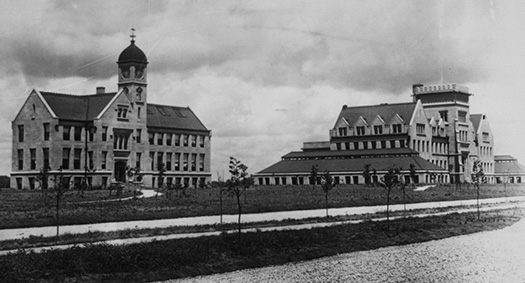 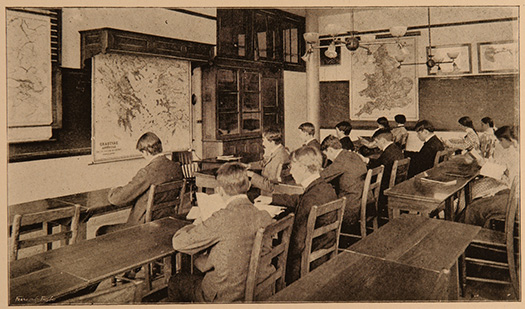 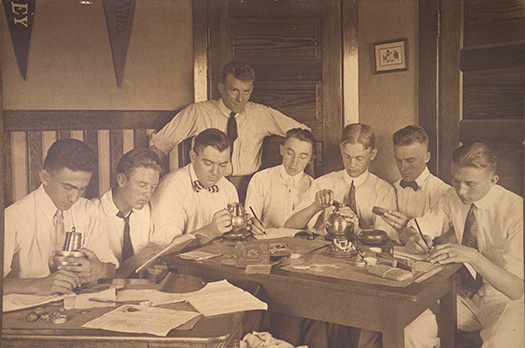