As the nation mourns the passing of civil rights icon Congressman John Lewis, we at Bradley University remember his special visit on April 11, 2014.  We were very fortunate to have Congressman Lewis as the keynote speaker for Bradley’s 50th-anniversary celebration of the historic 1964 Civil Rights Act.  The celebration paid tribute to the pivotal legislative role of U.S. Senate Minority Leader Everett Dirksen (he secured the support of 27/33 Republican Senators to support the civil rights bill).

The Institute for Principled Leadership in Public Service hosted a lunch at the Peoria Riverfront Museum, where Hines kindergarten student Duante Edwards read to John Lewis the story of Martin Luther King Jr.  There wasn’t a dry eye in the audience. Lewis was the last living member of King’s inner circle, and at the age of 23, John Lewis spoke at the March on Washington D.C. on August 28, 1963.

During his visit, I was struck by his humble spirit, his genuine love for all, and his complete lack of bitterness even though he had been arrested 40 times and beaten horribly during the civil rights movement.  Before he spoke at the main event hosted at the Renaissance Coliseum, two Bradley speech team members (Jerome Gregory and Dawne McClure) did compelling dramatic presentations. The Heritage Ensemble Choir led the packed crowd, who was standing with locked arms to each other, in singing the famous civil rights songs “We Shall Overcome” and “Song of Freedom.”

When John Lewis came to the podium to speak, he had tears in his eyes and said that he had been so moved by the events of the day, that he was going to ditch his prepared remarks and speak from his heart.  His words that day left a lasting mark on the students, faculty, staff and community members.  And, given the current civil unrest and cries for social and racial justice, his words have great relevance for today.

Here are a few examples of direct quotes John Lewis passionately gave at Bradley University on that memorable day:

After his speech, Lewis received a thunderous standing ovation. Congressman Lewis personified goodness and humility.  His voice will be deeply missed.  Rest in a well deserved peace. 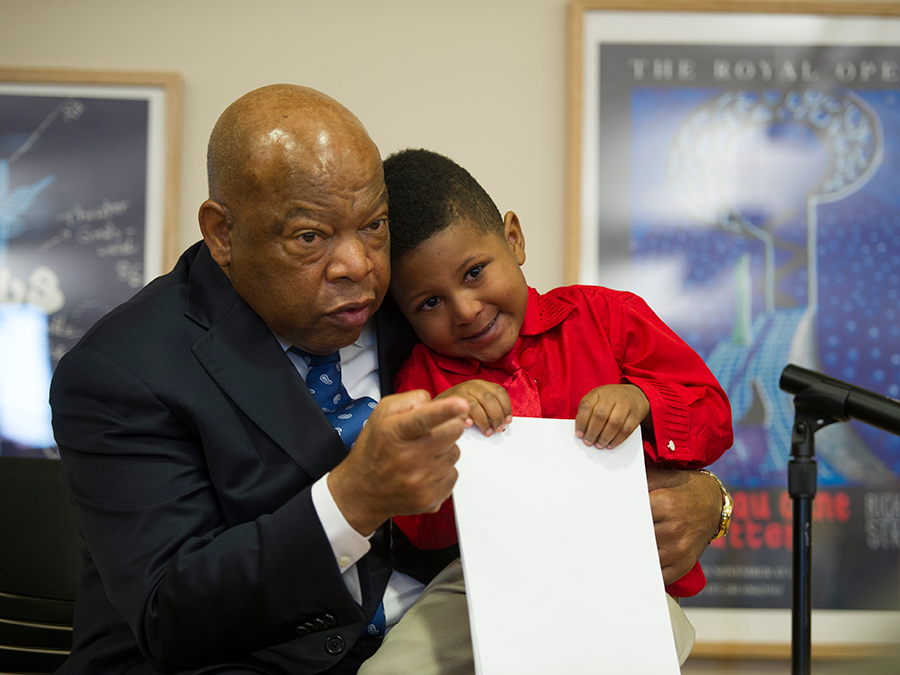 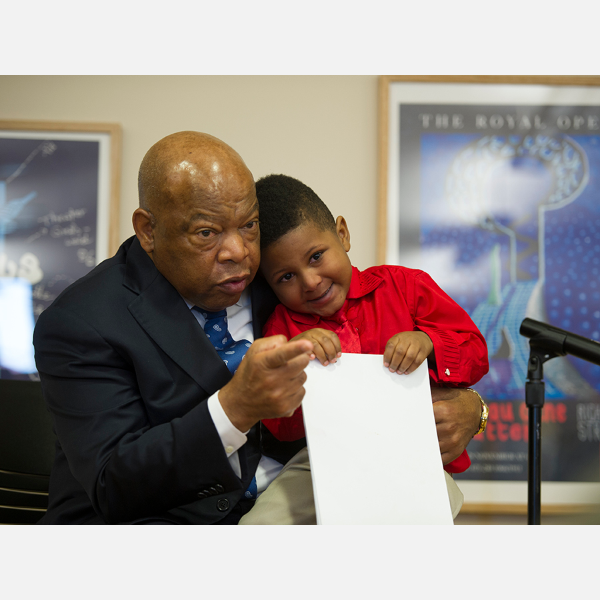 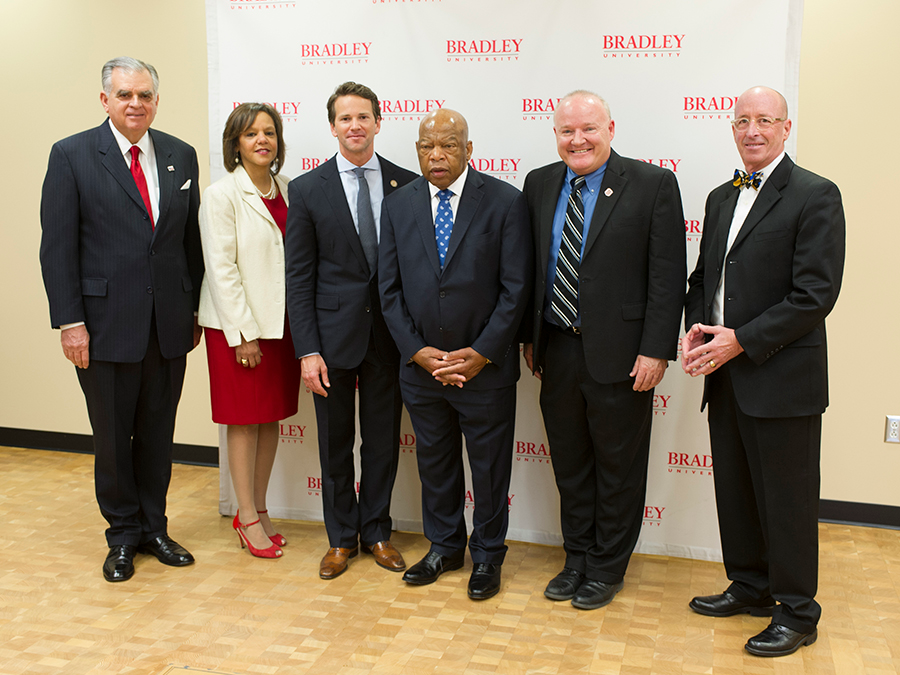 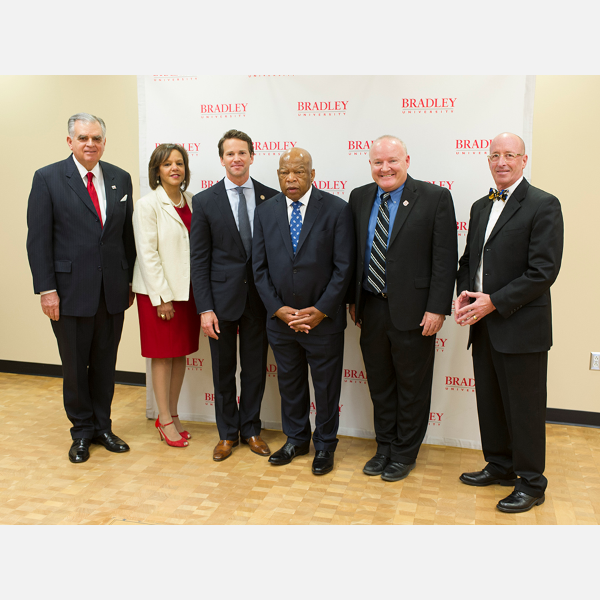