One Giant Leap for Engineering

As an intern for the Smithsonian Institution’s National Air and Space Museum’s Project Egress, Barth designed a replica of the main crew hatch on “Columbia” — the Apollo 11 command module that delivered American astronauts to the moon. On July 18, Barth will assemble the hatch with former “MythBusters” cohost Adam Savage and artist Jen Schacter in front of museum visitors.

“It’s amazing to work with people like Adam and Jen,” said Barth, a Metamora, Ill., native. “This is really cool to do because it’s several steps above anything I thought I’d be doing this soon.”

He dug into the Smithsonian’s historical documents to copy the hatch’s parts. A high-resolution 3D scan and copies of technical drawings from the 1960s enabled CAD models of all 767 pieces. Once these were complete, they were sent to 44 artists and fabrication shops to make the components. The Smithsonian has made project documents available to anyone who would like to build the hatch at home.

The internship happened through connections made on social media groups. Barth reached out to a project artist, Ryan Nagata, who made props for Apollo 11 tribute film “First Man” and knew Savage. From that, Barth received an invitation to consult on the Smithsonian project. As summer drew near, Barth asked about internships and landed the opportunity to work directly with Savage and his team.

To recreate the hatch, Barth trained himself to think like a 1960s engineer, then crossed a technology time warp to recreate parts with today’s equipment. As he navigated that divide, he gained admiration for pioneers who put people on the moon with computers that relied on reel-to-reel tapes and punch cards — electronics long considered obsolete.

“It’s a testament to the engineers and builders of the time,” he said. “They knew what they were doing because no one else could go to the moon with what they had at the time.”

Barth’s experiences at Bradley prepared him to become the design expert. He spent hours of free time in the university’s engineering shops teaching himself the equipment. With that knowledge, he built a small-scale jet engine to further his lifelong aviation interest. This machining knowledge allowed Barth to become one of the Apollo 11 project’s experts.

“Being in the shop my first year has been invaluable,” he said. “I have a better understanding how to design and make things with these machines.”

Andrew Barth is interning at the Smithsonian's Digitization Program Office 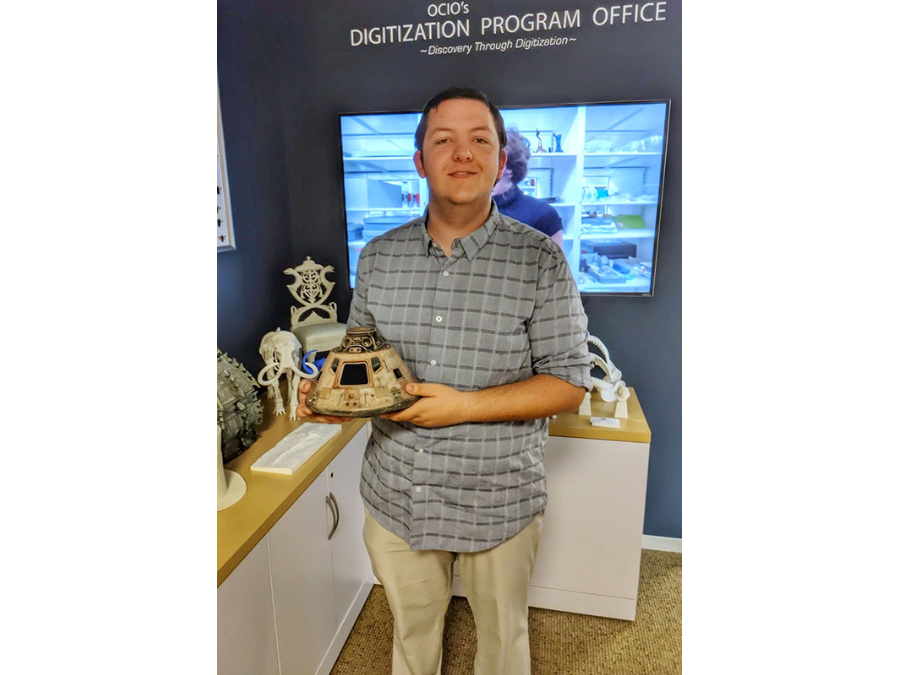 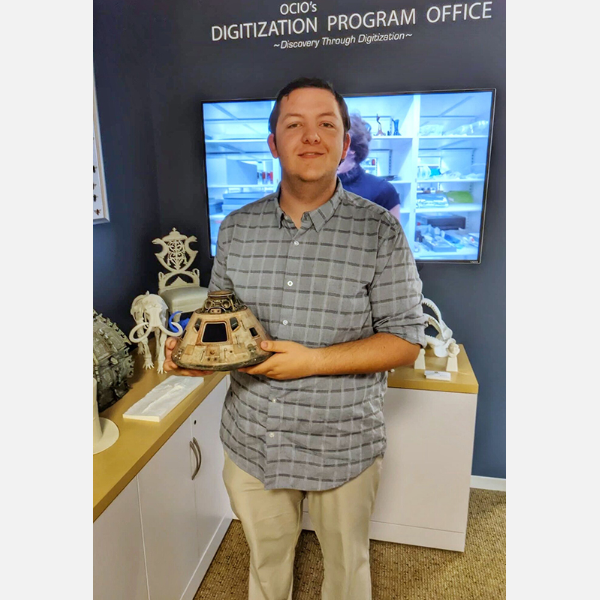