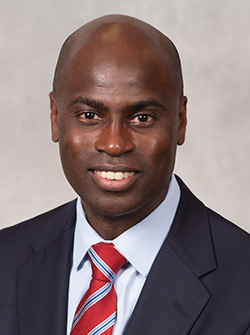 Chris Reynolds is a native of Peoria and a 1989 graduate of Peoria High where he was a two-time all-state player, a Parade All-American and led the Lions to a runner-up finish in the 1989 IHSA AA tournament. He was inducted into the Greater Peoria Sports Hall of Fame 2004.

His responsibilities include supervising operations, athletic performance, NCAA compliance, communications and fundraising for Bradley's 15 athletic programs, while serving as a liaison between the Athletic Department and other units of the University.

Reynolds attended Indiana University where he earned a Bachelor of Arts degree in 1993, a law degree in 1996, and a Ph.D. in 2012. As an undergraduate, he was a 4-year letterwinner and team captain in his senior year. Reynolds helped lead the Hoosiers to Big Ten titles in 1991 and 1993 as well as the 1992 Final Four.

He has served as Deputy Director of Athletics and Recreation, Operations at Northwestern since 2012 with direct responsibility for the planning and management of Recreation, Equipment Operations, and the Facilities and Event Management units; supervised all facets of planning, design, and construction of athletic capital facilities; and managed a diverse array of external relationships including serving as a representative to the City of Evanston.

Prior to Northwestern, Reynolds spent nine years at Indiana holding a variety of senior level positions. He also held a joint appointment as an adjunct professor. His resume extends to Assistant Athletic Director at the University of Notre Dame and he held positions in the athletics departments at Michigan State University and Western Michigan University.