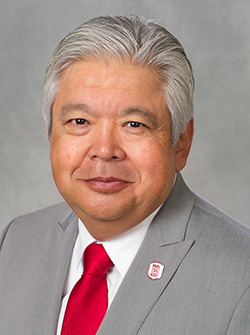 Dr. Zakahi came to Bradley from Keene State College in Keene, New Hampshire where he served as Provost and Vice President for Academic Affairs. Previously, he served as Dean of the College of Arts and Humanities at Minnesota State University, Mankato, and held various positions including Associate Dean, Professor, and Director at New Mexico State University, West Virginia University and Rutgers University.

He received his B.S in Speech Communication from Bradley in 1978 and was a member of the nationally recognized Speech Team. Dr. Zakahi received his Ph.D. and his M.A in Communications Studies from Bowling Green State University in Ohio.