Moving Into a New Semester

While masks, physical distancing and staggered arrival times changed the look of this year’s Move-In Weekend, the thrill of connecting with new and old friends remained. As did the luggage, bedding, bags and snacks accompanying the new arrivals.

Along with signing up for a pre-determined time slot, arriving students had to haul their own gear to their rooms, with the help of up to three other people, unlike past move-ins when athletes and fraternity members sweated through the day to get new arrivals’ gear to the proper location.

Those restrictions, and others such as spreading move-in over three days, were aimed at limiting the number of people touching students’ belongings in the wake of the COVID-19 pandemic.

“It seems like everybody wants to work together,” said Brandon Wright, an officer with the Bradley Police Department who directed cars in the parking lot between University and Olin halls.

As vehicles ranging from compact cars to SUVs and pickup trucks squeezed in to start the unloading process, Wright said things moved smoothly even without the student-helpers of the past. “It seems they have a good plan to get people in and out. It seems to be as efficient as possible.”

Students were still on hand to help but instead of assisting with getting gear into the dorms, they distributed and sanitized hand carts, welcomed cars and answered questions.

“It’s going a lot more smoothly than I thought it would,” said Owen VanWassenhove ’22, nearing the end of his shift between Constance and University halls. He was one of several Newman Center members assisting on the first day of Move-In.

With arrivals spread out by day and time, Larry McGuire, director of facilities, described it as a balanced move-in. He said people were doing the right thing wearing masks and other personal protective equipment.

Prompt communication from the university also impressed Janine Adams, who was parked along Bradley Avenue to move in her son Brendan Klepitsch ’24.

“We’re all nervous to do this. They made it feel safe for us to come down here,” she said.

In front of Geisert, Brittany Argo ’22 and Madeline Baer ’21 were among a Newman Center group giving directions and sanitizing hand carts. Both said people moving in talked about how well things were going and Baer called the freshmen moving in a breath of fresh air.

Melissa Rumph, who was helping daughter Taylor Sims ’24 move in, said the cleanliness of her daughter’s dorm room impressed her and noted Bradley’s consistent communication during the process and said she was comfortable leaving her child on campus.

“I was pleased pulling up, we were immediately met by security who directed us. Even though we were a little early, they were very accommodating. I really appreciate that.” 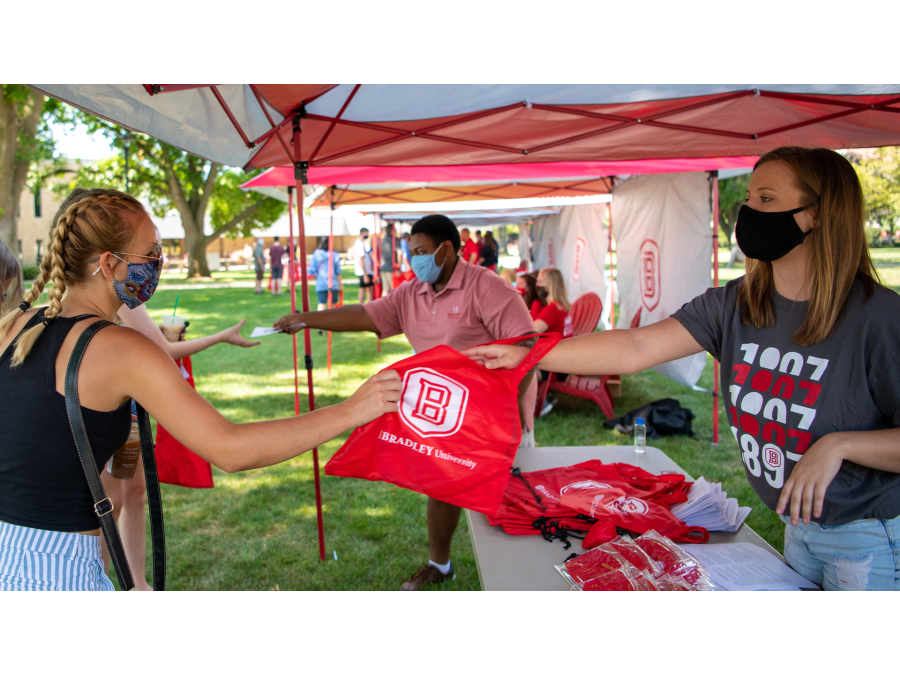 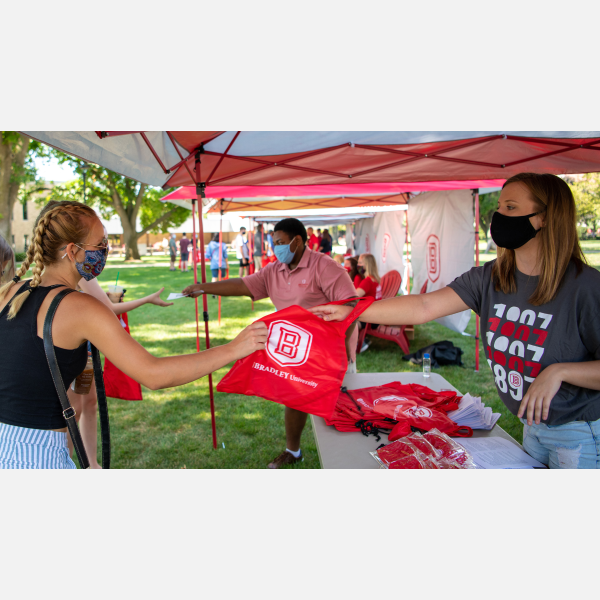 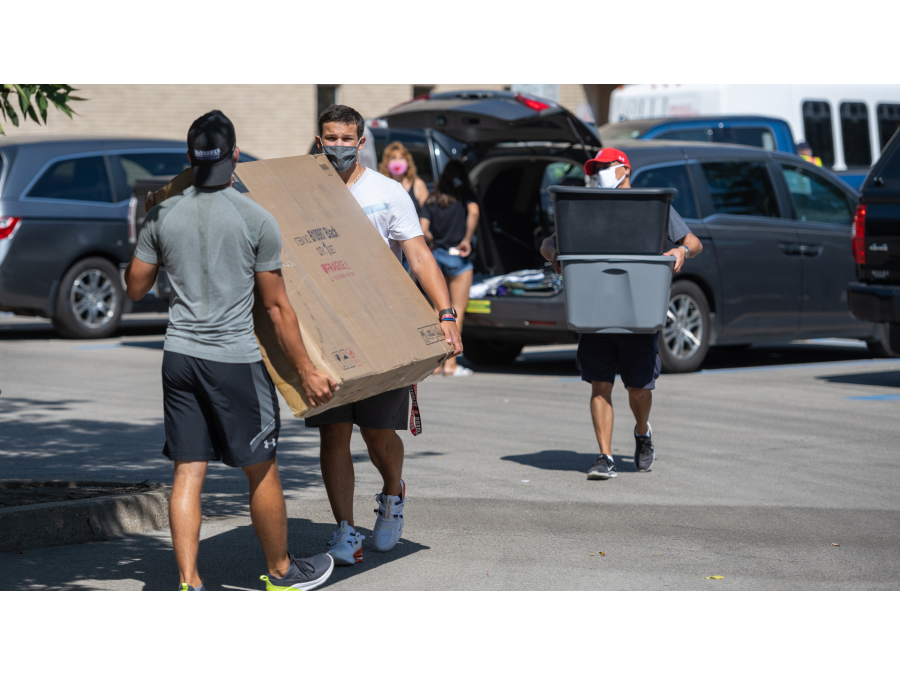 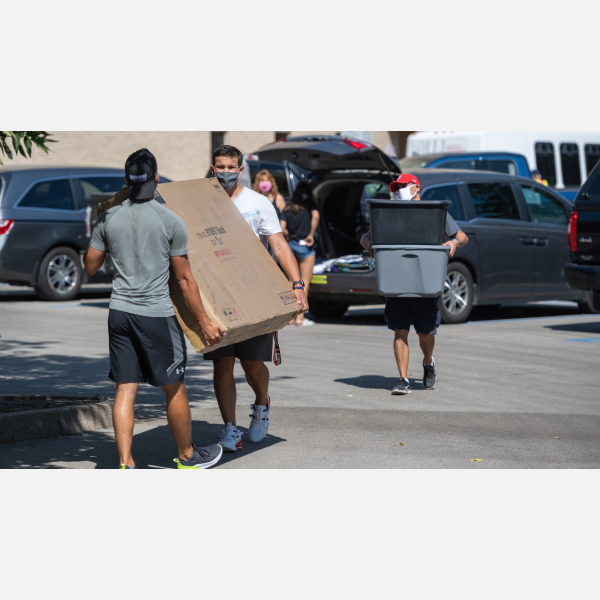