Celebrating its 15th anniversary this month is the Institute for Principled Leadership in Public Service (IPL), a champion of public engagement and bipartisan leadership. A uniquely central Illinois think tank, the Institute advocates leadership and bipartisan approaches to resolving America’s most pressing challenges during an era of fractious political partisanship.

Created as a joint initiative by Bradley University and The Dirksen Congressional Center, the Institute’s goal is to develop ethical, bipartisan, civil and collaborative leaders for successful careers in public service, to promote civic engagement among Bradley students and to promote good government practices at the national, state and regional levels.

For IPL Director Brad McMillan, one of the most memorable moments in the Institute’s history was hosting the late civil rights legend, Congressman John Lewis, for an event marking the 50th anniversary of the passage of the 1964 Civil Rights Act.

In marking the IPL’s 15th anniversary, the Institute and Bradley President Stephen Standifird will honor retiring Representative Cheri Bustos at an event to be held on April 21, 2022. A bipartisan tribute to Bustos will feature Peoria Mayor Rita Ali and former Mayor Jim Ardis, Secretary LaHood, as well as several others joining by video including Senator Dick Durbin and Congressman Darin LaHood.

“She has modeled the kind of leadership the institute seeks to promote,” said McMillan.

McMillan looks forward to the future, hoping the spirit of bipartisanship returns to solve the greatest challenges facing our country. “We try to bring together thoughtful, diverse voices to come up with solutions that can actually happen and have an impact in a positive way,” he said. “Treat each other with respect – it speaks to our values.” 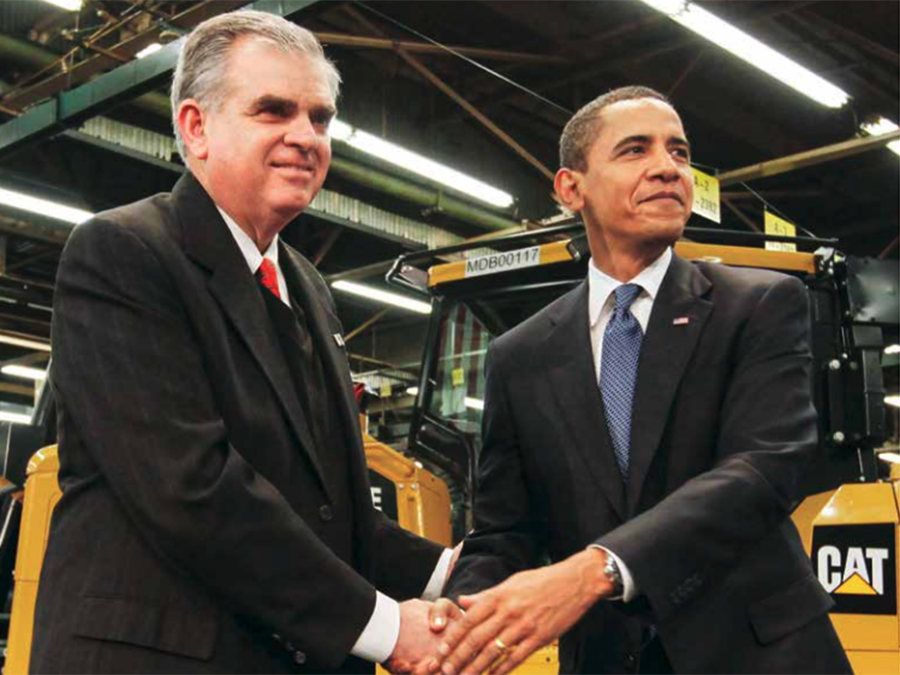 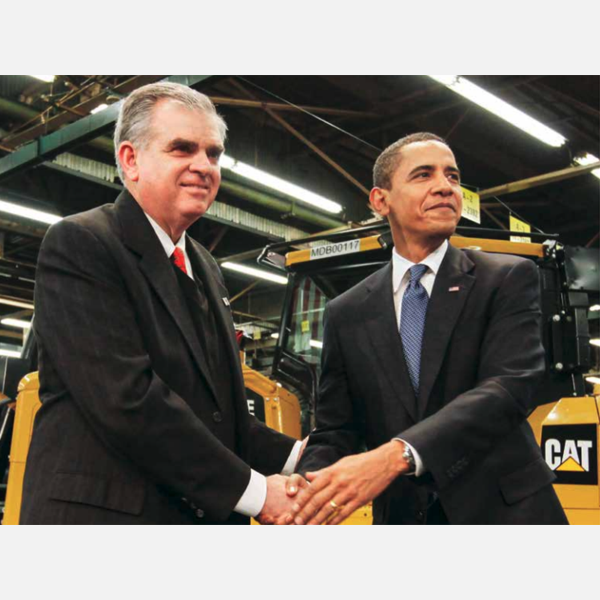 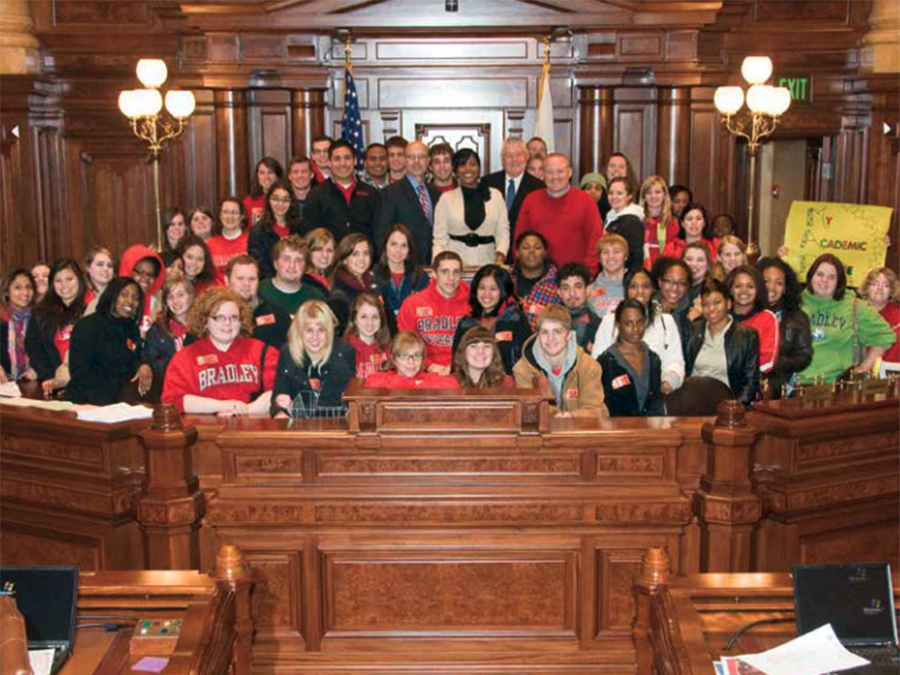 Two busloads of Bradley students traveled to Springfield, Illinois, to advocate for the Monetary Assistance Program that provides important scholarship money for a large number of Bradley students. In the center of the photograph are Illinois state legislators Sen. Dave Koehler, Rep. Jehan Gordon-Booth and former Sen Dale Risinger. 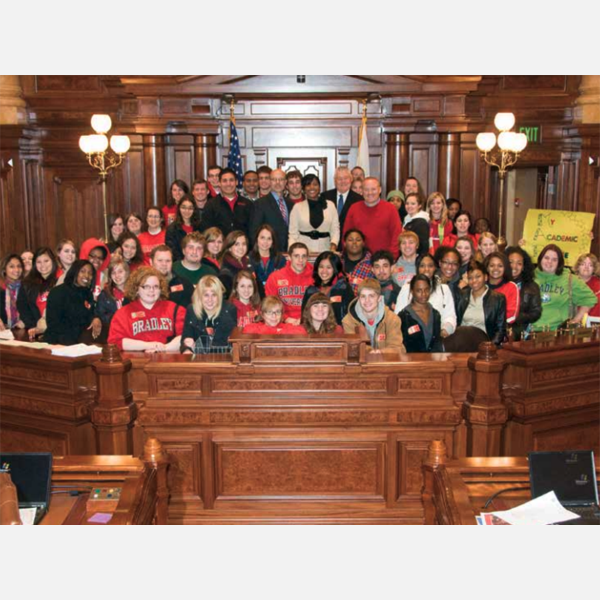